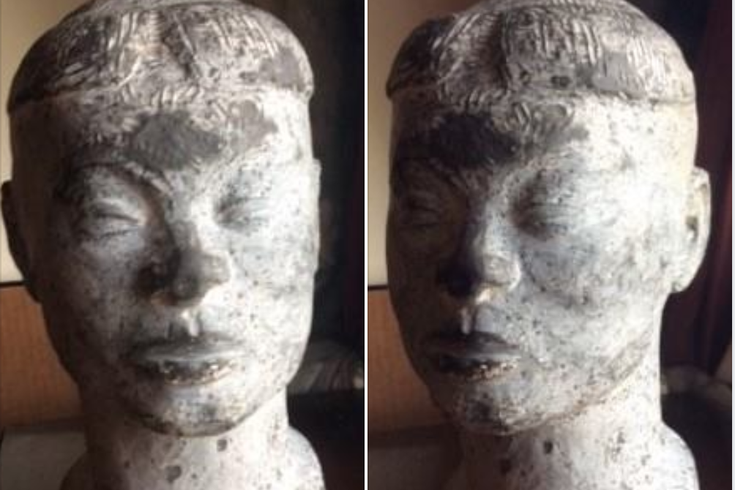 The Cherry Hill Police Department is asking the public for help as it attempts to locate a culturally significant, and now missing, marble sculpture.

The sculpture, a bust of a Sudanese woman from the 1930s by 20th century artist Nathan Choate, went missing from a residence inside Cherry Hill’s Barclay Towers Apartments in November, according to police.

Because of the sculpture’s cultural significance, the FBI’s Art Crime Team (!) is aiding the Cherry Hill PD in its search.

The FBI’s Art Crime Team is composed of 16 special agents, according to the FBI’s website, assigned to “art and cultural property crime cases” across the country. The FBI says the team has recovered more than $165 million worth of art and culture property since it was established in 2004.

Cherry Hill police said in a Facebook post that a reward is being offered for information leading to the sculpture’s recovery, though it didn’t specify what that reward would be.

Anyone with information on the missing sculpture can contact Detective Eric Fagen at (856) 432-8826, or efagen@cherryhillpolice.com.