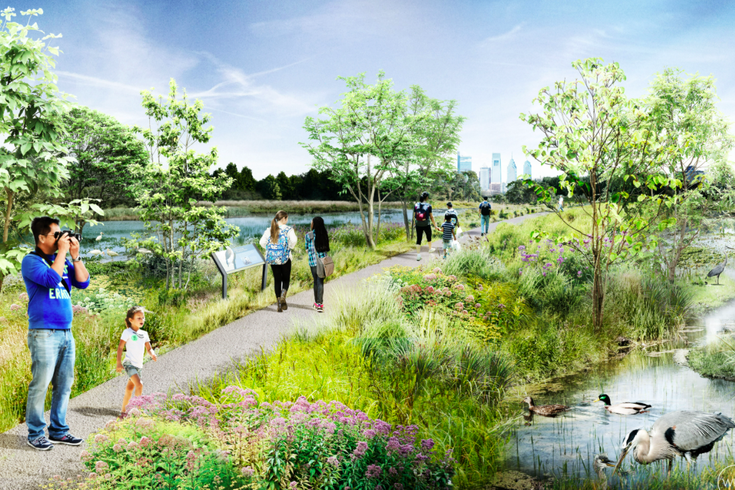 Renovations to FDR Park in South Philly are expected to include a new welcome center, playground and event space. The city already has repaved the historic park's roadways, adding bike lanes.

FDR Park just got a big step closer to beginning a renovation project that has been touted as a "once in a generation" upgrade.

Philadelphia officials have secured $4.5 million in funding to create a new welcome center and play space at the 100-year-old park.

"After a year when park visitation has soared, the need to invest in FDR Park has never been more clear," Mayor Jim Kenney said. "As a child growing up, I spent all my summers here at The Lakes. The commitments being made to FDR Park today will deliver a 21st century park for future generations of Philadelphians to enjoy."

Parks and Recreation staffers and community organizations will have office spaces in the welcome center and work to deliver a calendar of events for the community, officials said. 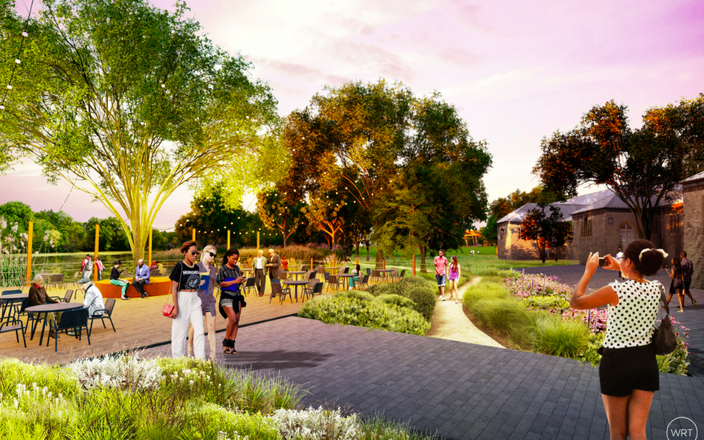 Those restoration projects are being funded through a $3 million grant from the state's Redevelopment Assistance Capital Program and a $1 million slice of the city's capital budget.

Additional funding is earmarked for the Pattison Playground, a children's play space that will celebrate FDR Park's identity. The play space will include picnic areas, barrier-free paths, hills and planted spaces. It will be located by the welcome center.

The playground is being funded through a $250,000 grant from the state Department of Conservation and Natural Resources and a matching $250,000 contribution from the Fairmount Park Conservancy. 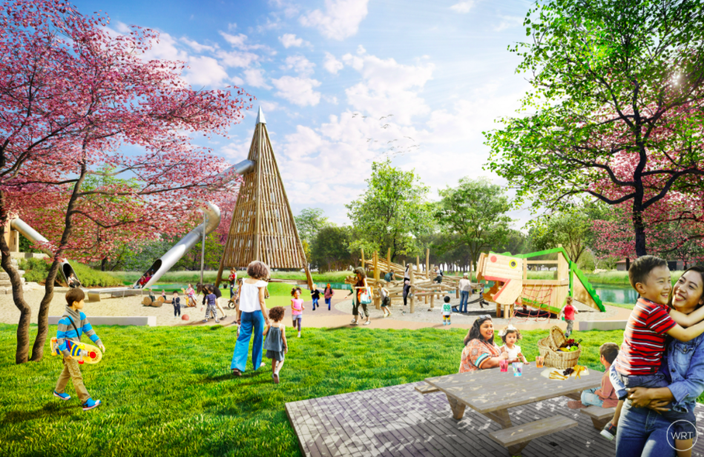 "Throughout the master planning process, we learned that park-goers wanted more nature and more play at The Lakes," said Maura McCarthy, executive director of the Fairmount Park Conservancy. "The Pattison Playground will bring both to South Philadelphia, thanks to the generous support of the DCNR grant. Fairmount Park Conservancy has been committed to the future of FDR Park since day one, and we can't wait for families to enjoy this one-of-a-kind playscape.”

Fairmount Park Conservatory and Philadelphia's Parks and Recreation Department partnered to redevelop the 348-acre FDR Park in 2017. The master plan was presented to the community in the spring of 2019.

The park opened in 1921 as League Island Park, featuring featured man-made lakes and grassy areas. It was designed by the Olmstead Brothers, the sons of famed landscape architect Frederick Law Olmstead, who designed Central Park in New York City.

It hosted the Sesquicentennial Exposition of American Independence in 1926 and was renamed after former President Franklin D. Roosevelt in the 1940s. Over the years, it has included a golf course, skate park, the American Swedish Historical Museum and other facilities.

Heavy use and a history of flooding wore on the infrastructure, prompting a need for upgrades. Last summer, the Streets Department repaved 58,911 square yards of loop roads and parking lots. Bike lanes were added too.