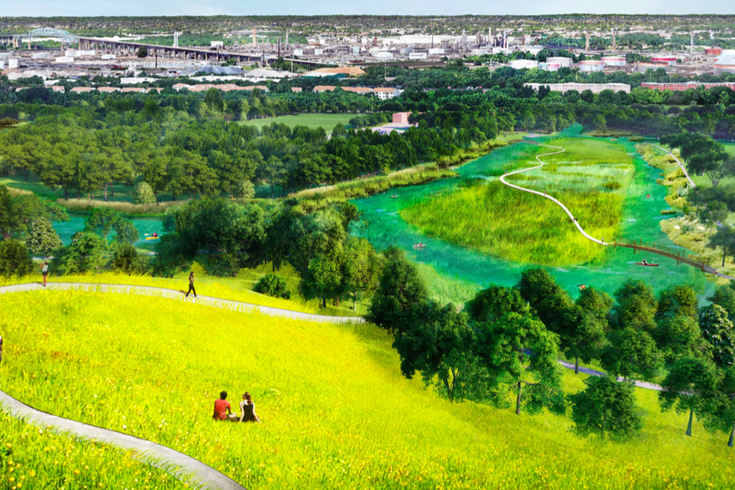 Philadelphia Parks & Recreation and the Fairmount Park Conservancy are spearheading plans to revitalize the century-old FDR Park in South Philadelphia.

The long-awaited revitalization of FDR Park in South Philadelphia is finally gaining new momentum more than a year after plans were initially revealed to the public.

The 350-acre estuary park, designed by renowned landscape architects, the Olmstead Brothers, first opened in 1921. For years, the park has been in need of attention to improve the natural lands and preserve its historic architecture.

Last spring, Philadelphia Parks and Recreation teamed up with the Fairmount Park Conservancy to develop a master plan for FDR Park. Community feedback was sought alongside the expertise of Philadelphia-based design firm WRT, which was awarded the project from among 15 different proposals.

"The FDR Park Master Plan offers a once-in-a generation opportunity to reimagine a historic Olmsted Park to serve 21st century Philadelphians," the Fairmount Park Conservancy said in a statement. "Just as park visitors experienced a remarkable feat of landscape architecture and civil engineering during the Sesquicentennial, future users will come to know FDR Park as Philadelphia’s centerpiece of recreation, art, ecology and design."

Plans for the revitalization are divided into two main sections — the ecological core and the urban edge of the park. Below is an illustration of the vision for the park's new map and a list of the existing and proposed amenities. 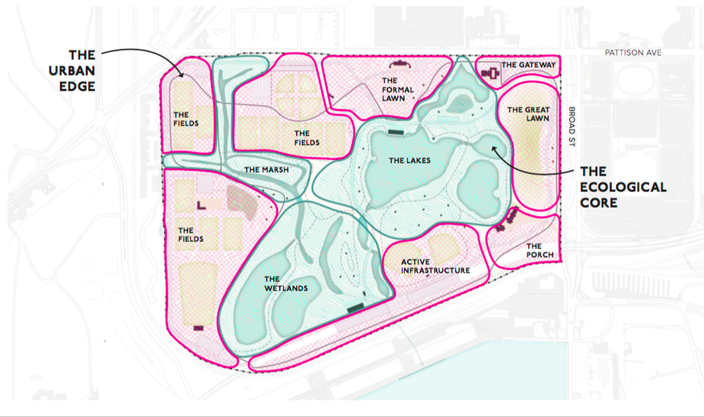 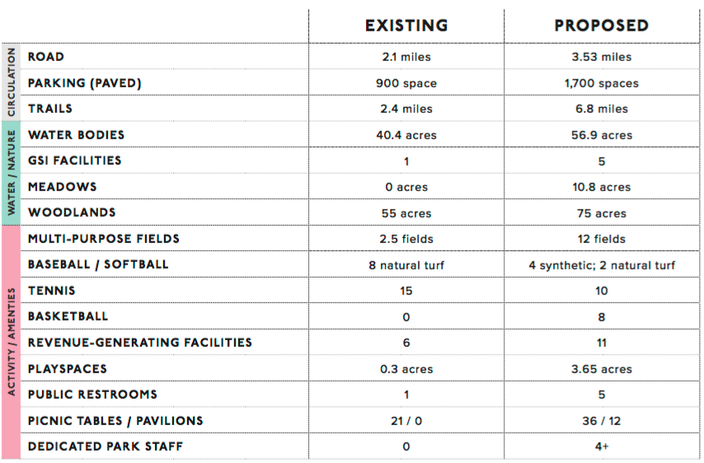 Comparison of amenities from existing FDR Park to planned renovations.

The master plan revealed earlier this month calls for $200 million in local, state, federal and private funding for the project. The planning process had been funded by parking concessions from Philadelphia Eagles games, grants from the William Penn Foundation and a capital budget allocation from the city.


The William Penn Foundation and Philadelphia International airport have both signaled their intention to provide resources for the renovation.

A timeline for the project to begin has not yet been established, but several renderings provide a look at how the park has been envisioned for years to come. 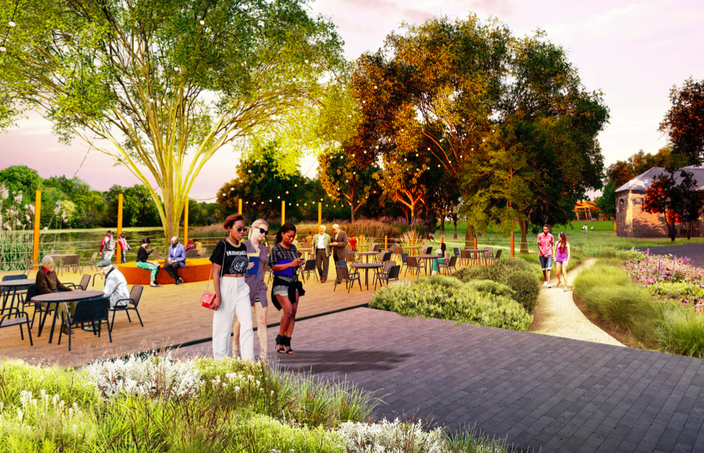 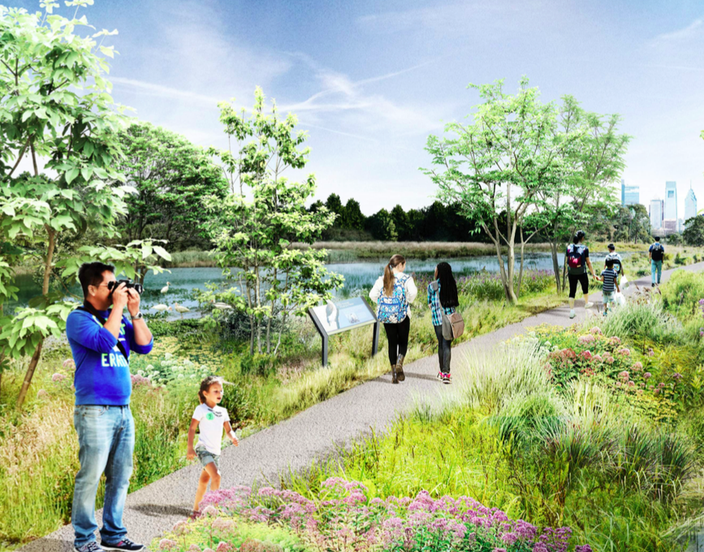 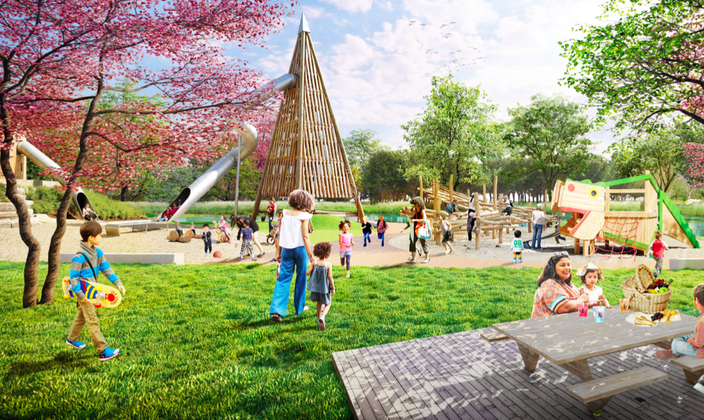 Rendering of proposed picnic and play area at FDR Park.

"FDR Park has always been a product of human invention and imagination and it will continue to be in this resilient vision for the historic park," the Fairmount Park Conservancy said.