By Clay Calvert, University of Florida 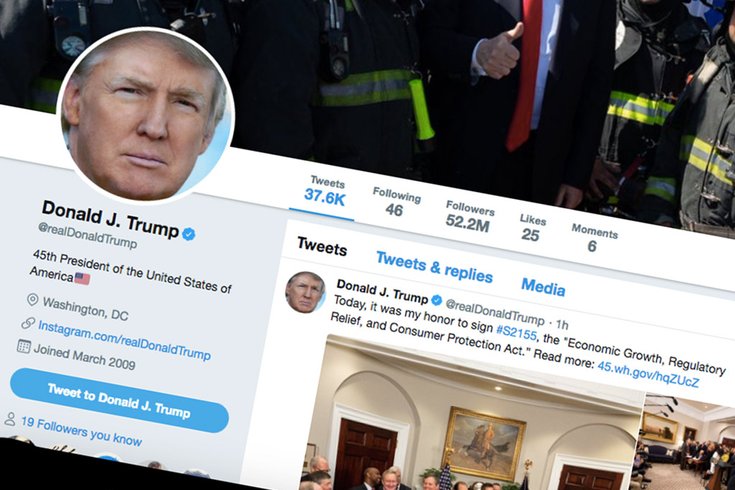 A federal judge in New York has ruled that President Donald Trump cannot block people from following or viewing his @realDonaldTrump Twitter account. While the case will likely be appealed and could reach the U.S. Supreme Court, the decision is a resounding victory for the First Amendment right of citizens to speak to and disagree with government officials in the social media era.

The judge’s ruling is not a surprise to me, as director of the Marion B. Brechner First Amendment Project at the University of Florida. That’s because it is grounded in the well-established principles of protecting political speech and barring government discrimination against people engaged in public discourse based on their viewpoints.

Sure enough, the judge found that Trump blocked Twitter followers from his account “indisputably … [as] a result of viewpoint discrimination.” In other words, Trump cannot block people simply because they criticize him or his policies.

That issue was never really in question in this case, though. The main debate was whether the president’s personal Twitter account was a public forum governed by the First Amendment. More traditional public forums are physical places owned by the government, such as sidewalks, parks and auditoriums. Peaceful public speech and demonstrations in those venues cannot be stopped based on what is being said without a compelling government interest. Twitter, however, is not a real-world space. And it’s run by a private company.

The Commander in Chief can block @VoteVets, the voice of 500k military veterans and families, but we will NOT be silenced. pic.twitter.com/SaCN5hKU9R

The judge’s ruling found, however, that the company has less control over the @realDonaldTrump account than Trump himself and White House social media director Dan Scavino – also a public official. Their power includes the ability to block people from seeing the account’s tweets, and “from participating in the interactive space associated with the tweets,” in the form of replies and comments on Twitter’s platform.

Also key was the fact that the @realDonaldTrump account is used for governmental purposes. Specifically, the judge found that “the President presents the @realDonaldTrump account as being a presidential account as opposed to a personal account and, more importantly, uses the account to take actions that can be taken only by the President as President” – such as announcing the appointments and terminations of government officials.