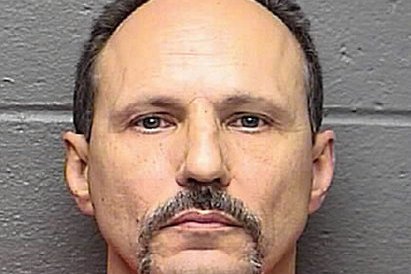 The pharmacist who potentially exposed 213 New Jersey hospital patients to HIV, hepatitis B and hepatitis C has a long and tortured history of drug and alcohol abuse.

Public records from Pennsylvania and New Jersey show his license has been suspended as many as six times in 30 years. The records, obtained by The Press of Atlantic City, show he relapsed repeatedly, was stripped of his license, then reinstated and hired again and again.

The former Shore Medical Center pharmacist, Frederick McLeish, 53, attended an in-patient drug rehab facility in 1986, the same year he was first licensed in Pennsylvania, the records show. Despite his documented history, he was hired by the Somers Point hospital, evidently providing proof of his sobriety at the time of his hiring.

The New Jersey Board of Pharmacy told the newspaper there are no guidelines dictating when a license should be permanently revoked. Decisions are made on a case-by-case basis, they added.

McLeish was suspended from Shore Medical Center in September 2014 and later fired. He was indicted in January on charges he stole morphine for personal use and replaced it with saline that was then administered to patients. At the same time, he potentially exposed Shore patients to several blood-borne diseases, according to a warning letter sent to patients.

McLeish’s lawyer, John Zarych, declined to comment to The Press of Atlantic City,

Shore spokesman Brian Cahill told The Press he could not comment on the hospital’s hiring practices, though he did say all new employees are subject to background checks and drug testing.