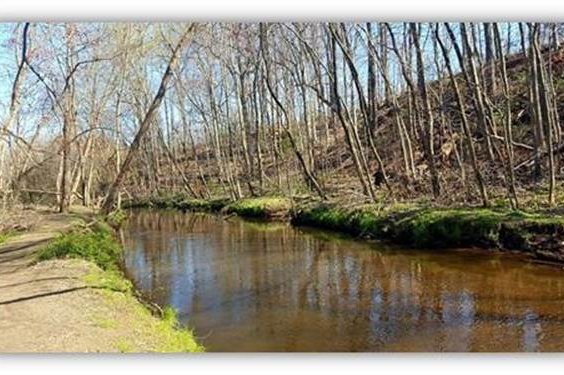 A new state park is open, the first in South Jersey’s Gloucester County.

The 110-acre park straddles Deptford and Mantua townships along the border of the borough of Wenonah.

There is rolling terrain that drops down to a narrow stretch of Mantua Creek, which bisects the property and is passable by foot bridges.

Since golf operations ceased more than a decade ago, the area has been naturally transforming from fairways and greens into grasslands.

The grasslands are transitioning into woodlands that include many stands of young and mature white pines, maples, oaks and dogwoods.

“This is a great day for Gloucester County and residents of the surrounding area, who are able to come here to enjoy solitude and witness first-hand the power of nature to reclaim land,” Commissioner Bob Martin said at the opening on Monday.

Martin credited partnerships “among the municipalities, Gloucester County, the South Jersey Land and Water Trust and, perhaps most notably, the residents of surrounding communities.”

“The Board of Freeholders felt it was important to invest in this natural treasure on behalf of our residents to save it from development,” said Gloucester County Freeholder Director Robert M. Damminger.

“The park has been set aside for the appreciation of nature, its former cart paths now providing access to walkers and nature lovers as well as fishing ponds and quiet views along and above Mantua Creek,” said Division of Parks and Forestry Director Mark Texel.

The total purchase of the land, once targeted for a housing development, cost $3.2 million. New Jersey’s Green Acres Program provided more than $2 million for the purchase, including $983,500 through its State Acquisition Program.

Gloucester County provided $1.65 million and the nonprofit South Jersey Land and Water Trust provided $350,000. Green Acres provided 50 percent of these contributions in the form of matching grants through its Local Acquisition Grant program.

Mantua Township also provided $250,000, of which 25 percent was matched by Green Acres.

Additional grants came from the Friends of Maple Ridge, which provided $125,000 in donations toward the purchase, and $250,000 from the Frank H. Stewart Trust, which was established to help preserve land in southern New Jersey.

In November, the Green Acres program finalized the purchase of the property.