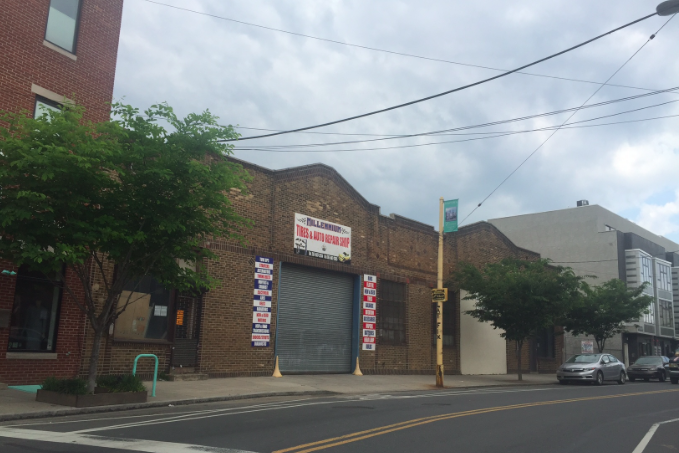 A local Fishtown historian has nominated two Frankford Avenue garages for Historic Nomination with the Philadelphia Historic Register, a move that could possibly complicate a proposed condo development.

According to Naked Philly, genealogical researcher Ken Milano recently nominated the garages spanning 1834-48 Frankford Avenue on grounds that they sit above a former cemetery that could yield "information important in pre-history or history."

The nomination is deemed "very odd" by Naked Philly, whose owner, OFC Realty, bought the properties earlier this year with plans to demolish them and construct a residential building with 41 condos and rentals.

The process to nominate a property to the Philadelphia Historic Register is overwhelming, requiring copious research, historic photographs and maps, detailed analysis, and a bibliography that would make your high school English teacher proud ... We confess though, the situation around the nomination of 1834-48 Frankford Ave. is something we've never seen before.

The two garages, formerly the site of an auto shop and the Philadelphia Sculpture Gym, allegedly sit above "The Mutual Burial Ground of Kensington," according to maps drawn up by Milano. The cemetery has not been used since the 1860s and much of its surrounding land has gradually developed over the course of more than a century and a half.

Naked Philly points out that most nominated properties ultimately do get added to the register, which has thousands of properties across the city. They question, however, both the accuracy of Milano's research and his desire to nominate these particular garages when there are plenty of storied buildings in Fishtown worthy of historic designation.