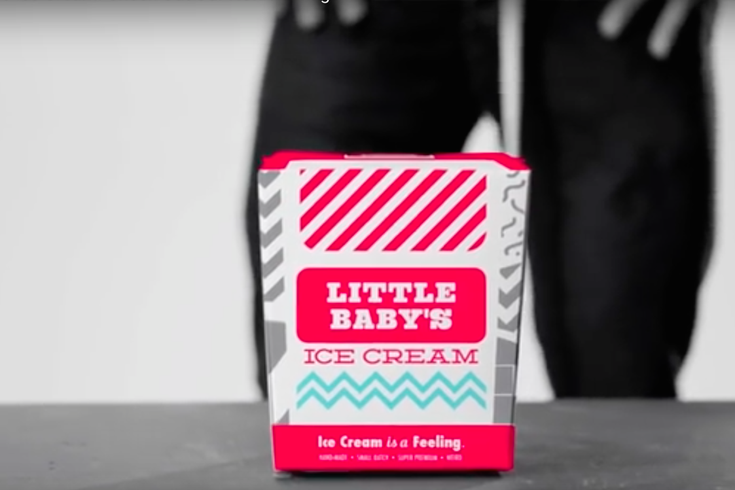 Fishtown confectioner Little Baby's Ice Cream is known for its unusual marketing ploys, such as this downright terrifying YouTube video that features an ice cream person eating his (her? its?!) own head.

So, when the company wanted to announce the debut of its new environmentally friendly pint packaging, it produced a video that's equally outside the box.

The new packaging is 100 percent recyclable. The package in this video ... well, you'll see. I'll just warn you that this isn't safe for work.

The company posted on its Facebook page that the video is "a spiritual successor to our classic 'This Is A Special Time,'" the above-mentioned head-eating video that gained more than nine million views on YouTube.

Will the company be able to once again break the Internet? Watch the video below and find out (Disclaimer: Video contains suggestive material):