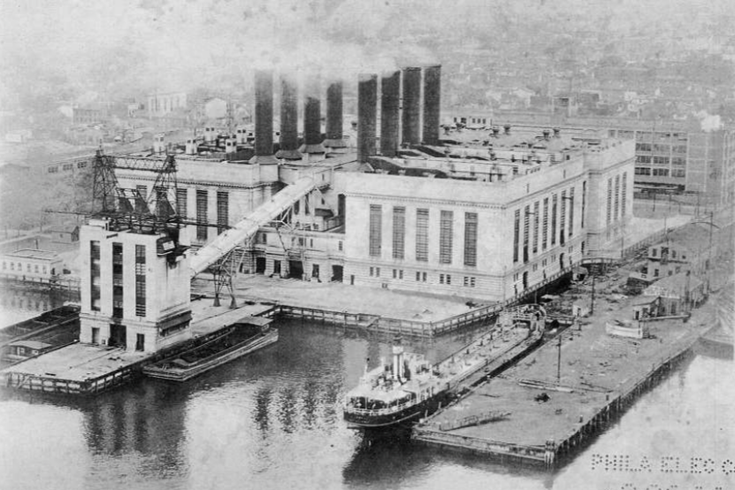 Fishtown's PECO Delaware Station, a 99-year-old electrical power plant that operated until 2004, has been unanimously recommended by the Philadelphia Historical Commission for addition to the Philadelphia Register of Historic Places.

The riverside structure next to Penn Treaty Park was nominated by Philadelphia residents Stephanie Haller and Jill Betters. Haller is a Philadelphia-based architectural designer and Betters is a Fishtown resident interested in preserving the plant for the community. From their nomination:

With a strong sense of community engagement and a rich cultural history, the site of the PECO Delaware Station would provide a sense of place for the rise in Philadelphia’s electrical era as well as the beautiful homogenization of architecture and engineering of Philadelphia natives John T. Windrim and William Eglin. The unique design of Classical monumentality and industrial architecture empowers the distinctiveness of the Philadelphia Electric Company’s Delaware station.

Among the criteria required for designation, the Historical Commission pointed out that nomination did not satisfy the condition for "B," which entails a building's association "with an event of importance to the history of the City, Commonwealth or Nation."

At the very least, Haller and Betters tried to illustrate that association clearly by pointing to the history of the original Philadelphia Electric Company established in 1881. "If it isn't electric, it isn't modern," the company used as its pitch to customers. That was before the plant's construction in 1917, but the number of electric customers surged in Philadelphia after World War II.

The 223,000-square-foot structure, designed by Windrim and built by the former Stone & Webster firm, was purchased last summer for $3 million by Tower Investments CEO Bart Blatstein and Joe Volpe of Cescaphe Event Group. The two plan to convert the building into an event space with restaurants, a banquet hall and guest rooms.

It's not clear how historical designation would impact potential renovations. Haller and Betters are hoping the developer will hold a community meeting to discuss future goals at the site.

The Historical Commission will review the nomination of 1325 Beach Street at its next meeting on Friday, July 8 at 9 a.m.