Five ways to prepare yourself for 'True Detective' Season 3 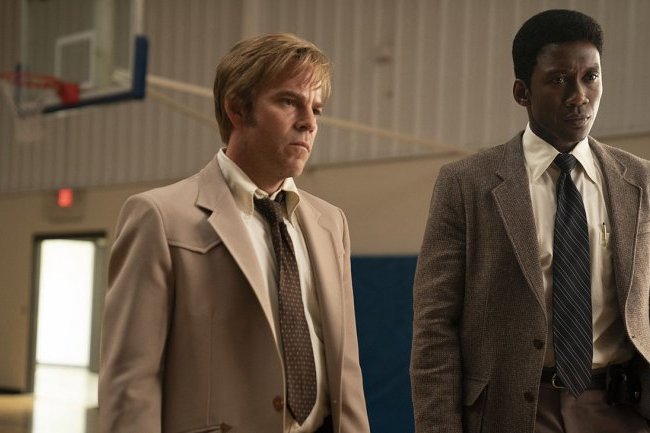 With the highly anticipated third season of "True Detective" upon us, it's time to prepare ourselves for this new adventure. The reviews for the upcoming season have actually been fairly positive, which feels almost like a #blessed moment after Season 2's lack of appeal.

The third season is set in the Ozarks, northwest Arkansas to be exact. The show follows Wayne Hayes (Mahershala Ali), a Vietnam veteran and state police detective, as he is haunted by a case of two missing children. The show follows him as he takes on the case in 1980, revisiting it in 1990, and again in 2015 as he deals with the onset of dementia.

While some people are binge-watching the series again, we put together some other ways to help you ready yourself for this moment.

Here are five ways to prepare for "True Detective" this Sunday:

In lieu of binging Seasons 1 and 2, we recommend just watching anything with Mahershala Ali. Oscar-winning "Moonlight," perhaps? Award-winning, critically-acclaimed "Green Book?" Or "House of Cards?" Is there anything he can’t do?

Read reviews and listen to a podcast. Season 2 was such a bummer for so many fans of the show, it's perfectly understandable to want to know what you're getting yourself into. Read them, but read all of them so you get a better, bigger picture and not just one person's opinion. Then just soak in their words and thoughts. You can’t do anything until it airs anyway. If you're more into podcasts, The Ringer has their review of the premiere up right now.

If you need a reminder why season one made such a global impact, you can catch the 18 most thought-provoking observations from Matthew McConaughey's character, Rust Cohle, here.

Prepare with snacks! What are you even doing if you don’t have snacks? Maybe you’re not a snacker, but even if you’re not a snacker - get snacks. Chips and dip. Popcorn. Get a little '80s and ‘90s with it: Loaded Potato Skins, Snack Packs, Oreos, Pudding Pops [insert Bill Cosby joke here.]

Wine is nice, but a premiere of this caliber deserves something a bit more grand. Why not try this Ozark Speedball from Saveur Magazine? Whiskey and coffee sounds pretty fitting.  (Also, what detective studying a cold case doesn’t need coffee?) Or maybe just drink Miller High Life or any other classic American-style lager because that was all the rage back in the day.

Make sure to prepare yourself for however you're going to watch it. Streaming it? Make sure all your passwords are ready. Watching it live via cable? Set your TV to HBO at 8:45 p.m. sharp so you miss nothing. Recording it? Double check to make sure you’ve set it to record at the right time – and for both episodes!

There’s nothing else you can do now but wait … patiently.

Season 3 of "True Detective" premieres on Sunday at 9 p.m. on HBO.