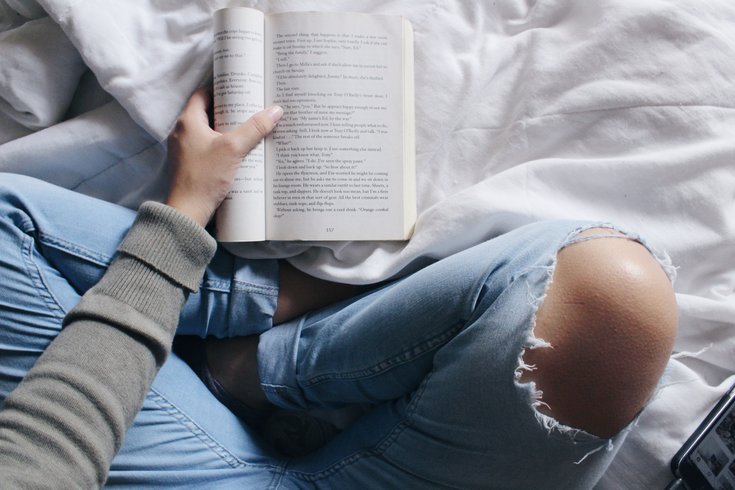 Photo by Fabiola Peñalba/ on Unsplash

Is your 2019 resolution to read more? Pick up one of these books before the movie comes out this year.

Maybe your New Year's resolution is to read more in 2019, or maybe you're just searching for a new book to devour.

Below are 10 books to read before they become hit movies (in theater or on Netflix) this year. Included in the list are "P.S. I Love You," "The Goldfinch," "Where'd You Go, Bernadette?" and other intriguing reads you won't want to put down.

RELATED: Here are 4 movies shot in Philly coming to theaters in 2019 | It's coming: a Philadelphia Underground Donut Tour | A reported $12 million makeover for South Philly's UA Riverview Plaza is underway

The humorous plot revolves around 15-year-old Bee's mother who goes missing prior to a family trip to Antarctica.

Two teens with cystic fibrosis meet and begin to fall in love. There's one big issue, though. They can't get within a few feet of each other without risking their lives.

It's one of King's most iconic novels. The book's horrors center around a makeshift graveyard in the woods where generations of children have buried their beloved pets.

In the sequel to "To All the Boys I've Loved Before" Lara Jean and Peter make things official, but things get messy when Lara Jean's childhood friend John Ambrose McClaren reveals he also received a love letter.

"The Sun is Also A Star" by Nicola Yoon

The book is set over the span of one day in New York City. In it, logical Natasha meets dreamer Daniel as she attempts to find a way to stop her family from getting deported to Jamaica.

This YA fantasy novel follows the adventures of a 12-year-old criminal mastermind who kidnaps a fairy and asks for a large ransom of gold.

"All the Bright Places" by Jennifer Niven

This YA book centers around mental illness and its effects on the person suffering from it.

When Finch and Violet meet on the ledge of the bell tower at school, it's unclear who saves whom.

"The Woman in the Window" by A.J. Finn

A reclusive woman spying on her neighbors through her window sees something that she shouldn't have in this twisty thriller.

"The Goldfinch" by Donna Tartt

This Pulitzer Prize-winning book focuses on Theodore Decker who, at the age of 13, survives a terrorist bombing at an art museum in which his mother dies.

"Little Women" by Louisa May Alcott

There's a good chance you've already read this classic, but it's worth a re-visit.

Alcott's story follows the lives of the four March sisters – Meg, Jo, Beth and Amy – who live with their mother during the Civil War.