Teen warns peers about dangers of vaping after collapsed lung

The otherwise healthy 18-year-old had never once smoked a tobacco cigarette, only 'Juuled' every couple of days 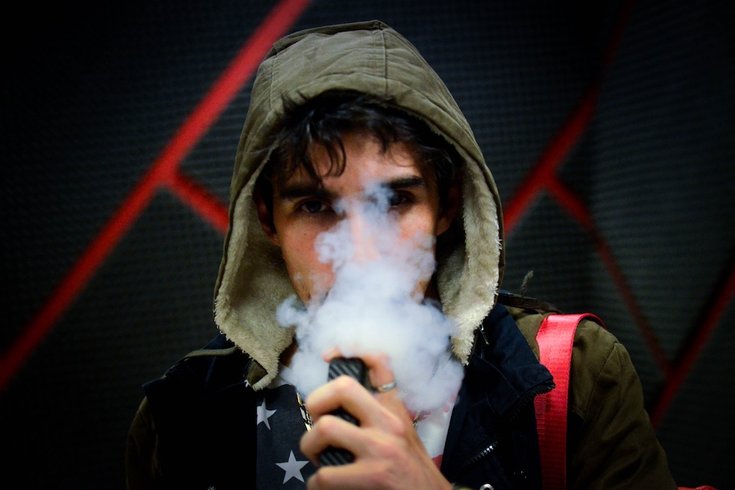 Chance Ammirata, an 18-year-old from Florida, used to smoke one Juul pod — the equivalent of about 10 cigarettes — every couple of days. That is, until he was rushed to the hospital with serious lung damage.

Now Ammirata is warning others about the real-life health effects of vaping.

PLEASE RETWEET THIS IS EFFECTING THE WORLD AND WE ARE THE ONES WHO CAN EFFECT CHANGE. DO NOT STOP SHARING SAVE LIVES. I WILL BE THE EXAMPLE IF IT MEANS NO ONE ELSE NEEDS TO BE ! pic.twitter.com/AeYBPT9fUS

The young man was having trouble sleeping due to a sharp pain in his side, Newsweek reports, but the incessant pain lead him to the hospital — where doctors told him that he had a small hole in his left lung, which had also collapsed.

RELATED READ: Here's what doctors want you to know about vaping

In an exclusive with Daily Mail, Ammirata chronicled his experience, explaining how doctors had to re-inflate and repair his lung. Scans showed that the 18-year-old had “black dots” on his lung that will take years, if ever, to heal.

The interesting twist on the story is that Ammirata is a young and healthy individual who never once smoked a tobacco cigarette, or even contemplated it, and opted for what is thought to be healthier: the e-cigarette.

Prior to this experience, news reports have told stories of other teens' trips to the hospital with inflamed airways from vaping. Plus, it was announced Wednesday that the U.S. Food and Drug Administration is investigating 127 reports of seizures or neurological symptoms tied to vaping.