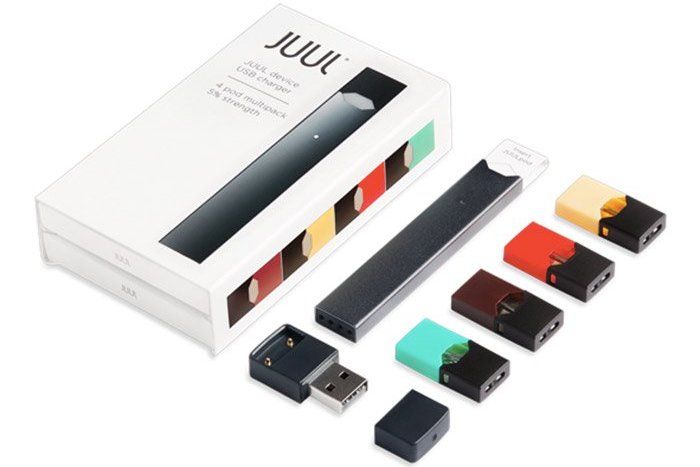 Juul, the largest e-cigarette maker, was accused by a U.S. House subcomittee of paying schools, summer camps and other public programs to market its products to youth.

Health experts are still learning about the effects of vaping — long- and short-term — but developing research suggests some of the e-liquids irritate the airways and lungs of users.

Vapers are consuming more than just the e-liquid ingredients listed on the packaging, researchers warned, including unexpected chemicals from chemical reactions in the flavored liquids that caused the irritation.

Researchers focused on the chemical group called "acetals," which are used to create flavor in e-cigarette liquid and a number of other food and commercial products, though little is known about the effects of consuming them in vapor form, aside from the newly-discovered irritants.

"People often assume that these e-liquids are a final product once they are mixed,” said lead author Hanno Erythropel. "But the reactions create new molecules in the e-liquids, and it doesn't just happen in e-liquids from small vape shops, but also in those from the biggest manufacturers in the U.S."

The researchers note that they didn’t expect to discover so many additional chemicals in the e-liquids, including vanillin, a chemical banned in traditional cigarettes yet allowed in e-cigarettes.

Concerns over the health effects of vaping have been in the news recently. According to a Monday report, eight Wisconsin teenagers were hospitalized with serious lung damage in the month of July from vaping. Live Science reported that leading up to their hospitalization, the teens experienced breath, chest pain, cough and fatigue and some needed breathing assistance once in the hospital.

"It was alarming to have, over a short period of time, eight previously healthy teens come in very sick, unable to breathe, with weight loss, looking as if they had some sort of chronic lung disease when they didn't," Dr. Louella Amos, a pediatric pulmonologist at Children’s Hospital of Wisconsin, explained to a local USA Today affiliate.

Because of these potential dangers associated with vaping, researchers recommend that future regulations factor in the creation of new, potentially toxic compounds and menthol levels, in addition to the health effects of flavorants.

Juul Labs provided Philly Voice with the following statement regarding the study:

The researchers' hypothetical exposure analysis failed to take into account real world conditions, including realistic human exposure to vapor products like JUUL. Based on actual vanillin content in JUULpods, in order to reach the identified occupational environmental threshold of 10 mg/m3 vanillin exposure in the real world, a person would have to consume at least seven JUULpods, and likely much more, in a single day. To reach the 100 mg/m3 threshold the researchers attribute to JUUL would require a person consume upwards of 70 JUULpods in one day.

The researchers created a risk assessment model based on an occupational environmental standard for ambient air, which as applied to analyses of vapor products assumes a person would inhale only aerosolized vapor for eight hours per day, 5 days per week, for decades. In relying on this model, the researchers multiplied the vanillin content of an approximately 79ml puff of vapor by over 12,000 times to reach a cubic meter of vapor volume (cubic meter being the unit of measure used in the occupational standard). The result was to create a false equivalence and a measurement of exposure that would never be found in the real-world.