Here's what doctors want you to know about vaping

Philly-area physicians weigh in on health effects of e-cigarettes 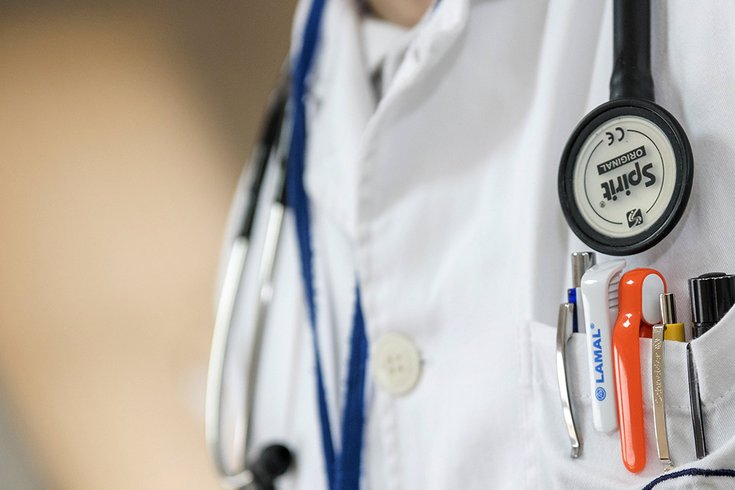 Unless you’ve been hiding under a rock for the past, say, six months, then you know that the use of electronic cigarettes is a HUGE health topic.

A study published at the end of January found that vaping was more effective than nicotine gums and patches in smoking cessation. A day later, another study suggested people who vape are more likely to begin smoking traditional cigarettes later.

It's generally agreed that there’s simply not enough long-term research to determine vaping's health effects on humans. But what is known about vaping and e-cigarettes?

PhillyVoice chatted with health experts in Philadelphia to learn the truths behind vaping. Here's what you need to know:

THEY'RE NOT *THAT* NEW

“Electronic nicotine delivery systems or electronic cigarettes (E-cig) were developed in the early 2000s, but their use has grown enormously with millions of users (many of them underage) worldwide.” — Dr. Jesse Roman, division chief of pulmonary, allergy and critical care medicine at Jefferson Health and CEO of the Jane & Leonard Korman Respiratory Institute of Jefferson Health and National Jewish Health

“We don't know exactly how many chemicals are in e-cigs, but most believe they have less toxic chemicals than traditional cigarettes. Vaping is still bad for you. E-cigs still contain nicotine, which is a highly addictive substance, making e-cigs just as addictive as traditional cigarettes. E-cigs are unregulated and not FDA approved, leaving us with products with unknown and an unregulated number of chemicals, nicotine, etc." — Dr. Aditi Satti, associate professor, thoracic medicine and surgery, Lewis Katz School of Medicine at Temple University

“That vapor cloud people are exhaling is not actually water vapor. It’s an aerosol, propylene glycol, which is like an alcohol, so when it gets heated up, it uses water vapor that’s in the air to create bonds between the molecules so that the particles become big enough to be seen, which gives it the appearance of smoke. Propylene glycol aerosols (what is exhaled in the huge e-cigarette plooms of smoke) have been used to create fake smoke in theater and stage settings forever.

"Those exposures are brief and very limited, but what we don’t know is what happens with exposure that’s repeated over time or what happens to the lungs. People assume that because propylene glycol is safe on stage, that it’s safe coming out of an electronic cigarette, but we don’t have that level of understanding yet. So far, there’s are couple things to keep in mind when it comes to impact on health. The first thing is chemistry: what is it about propylene glycol and other constituents of the aerosol — like are there carcinogens in the aerosol, what’s up with the flavors and what are those flavoring chemicals doing in the body.

"The other part of the question is the physics question — because the electronic cigarette heats the solution to aerosolize it, it’s also about temperature, PH and particle size that influences the toxicity to the lungs, blood stream, heart and all kinds of different places.” — Dr. Frank Leone, director of comprehensive smoking treatment programs, Penn Medicine

“Like regular cigarettes, E-cigs contain nicotine, the major addicting drug in tobacco. In some cases, E-cigs contain more nicotine than regular cigarettes making it a great delivery device for this addicting drug. However, the detrimental effects of E-cigs go beyond nicotine addiction. E-cigs also contain toxicants and potential carcinogens, although typically at lower levels than cigarettes, and several studies have suggested that these agents in E-cigs may be harmful in lung and multiple other organ systems.

"Moreover, there are limited data on the effects of nicotine exposure on the unborn child or newborn, animal studies suggest that it might promote detrimental changes in lung structure and function.” — Dr. Roman, Jefferson Health

A HUGE IMPACT ON HEALTH OF YOUTHS

“Vaping is a gateway for nicotine dependence for today’s youth. Statistics show an increase in vaping in middle school aged children by 50 percent and high school aged children by 80 percent in 2018.  The use of vaping brings on new and unknown risks. The risks include unknown diseases (not just cancer) of the lungs and heart as well as any other organs affected by exposure to nicotine, hard metals, and the possibility of other harmful chemicals.” — Dr. David Shersher, thoracic, lung and esophageal surgeon, MD Anderson Cancer Center at Cooper University Hospital

We asked the health experts to weigh in on the controversial question of whether vaping can help people quit a traditional smoking habit.

"E-cigs may have a role as a smoking cessation aide, but more studies are needed." — Dr. Satti, Temple Health

“In general, E-cigs are heralded as a 'healthier alternative' to the combustible cigarette, an intervention that facilitates smoking cessation, yet data in support of this idea remain controversial, and there is lack of consensus regarding the health effects of E-cig use. The American Thoracic Society has spoken against E-cigs and vaping as it sees it as a way to perpetuate and extend nicotine addiction to current and future generations.” — Dr. Roman, Jefferson Health

“The question really is, on a population level, can the electronic cigarette be used more reliably than other methods that are available to help people stop smoking. In my view, the answer to that is no. On a population level, the likelihood of quitting smoking goes down when using an electronic cigarette because they continue to promote dependence on nicotine.” — Dr. Leone, Penn Medicine