Commissioner Scott Gottlieb spoke at a public hearing on Friday 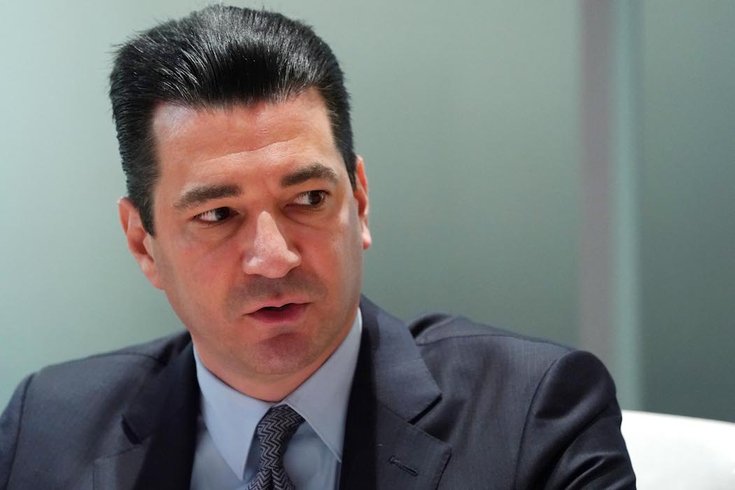 The debate surrounding what to do about the teen vaping epidemic has been going on for some time now. On Friday, Food and Drug Administration Commissioner Dr. Scott Gottlieb made his most direct threat yet against e-cigarette companies, include the popular Juul, saying they face an “existential threat” if they don’t stop marketing to youth.

At a public hearing in Silver Spring, Maryland, Gottlieb noted his shock that the rate of young people addicted to e-cigarettes use had reached levels where FDA-approved methods for quitting e-cigarettes could be necessary.

Gottlieb noted a Centers for Disease Control and Prevention report that smoking rates among adults reached an all-time low in 2017 — 14 percent of adults reported cigarette smoking “every day” or “some day,” marking a 67 percent decrease since 1965. Despite this, “progress is being undercut – even eclipsed – by the recent, dramatic rise in youth vaping,” Gottlieb said.

According to The Hill:

The problem, Gottlieb says, surrounds an explosion in availability and popularity of e-cigarettes over the past year, in part fueled by the availability and convenience of Juul brand e-cigarettes. Those factors have caused vaping rates to nearly double among high school students between 2017-2018.

Gottlieb threatened that if manufacturers — like Juul — don’t obey the FDA’s “voluntary” demands, he’ll use existing regulations to ban them from selling products that haven’t been granted a Pre-Market Tobacco Authorization (PTMA). Getting such an authorization involves lengthy paperwork and several million dollars.

“Underage use of JUUL and any other vaping products is completely unacceptable to us and is directly opposed to our mission of eliminating cigarettes by offering existing adult smokers a true alternative to combustible cigarettes. We are moving full steam ahead on implementing our action plan to limit youth usage, and this is unchanged since we announced our plan in November. We will be a transparent, engaged, and committed partner with FDA, state Attorneys General, local municipalities, and community organizations in the effort to combat underage use.”

These laws aren’t enough for extreme anti-vaping groups, like the Campaign for Tobacco Free Kids.

"The FDA has concluded that the level of addiction it is seeing among youthful e-cigarette users is so disturbing and so unprecedented that it needs to at least ask whether we need a solution that goes beyond what we ever did with cigarettes," Matthew Myers, president of the anti-smoking group Campaign for Tobacco Free Kids, told CNN last month.

Some states have taken the issue into their own hands. Vermont is considering banning online sales of vapor products, while North Dakota aims to completely ban flavored e-liquids.

Many officials and experts are echoing these sentiment and advocating for a nationwide ban on the sale of e-cigarettes online, noting that the age verification steps are essentially useless.

“FDA’s recently announced regulatory actions regarding e-cigarettes do not go far enough and we urge much stronger action. Strong tobacco control policy aimed at keeping enticing products away from adolescents may be more effective in achieving adolescent cessation than medical interventions,” Dr. Susanne Tanski, a pediatrician and past chair of the American Academy of Pediatrics Tobacco Consortium, said at the hearing, NBC News reports.