Flu season is off to an early start, health officials say

Influenza is widespread – but low in intensity – throughout Pennsylvania 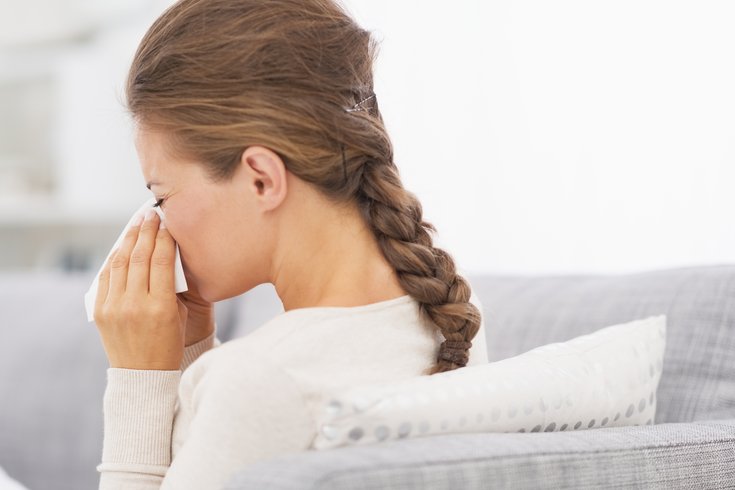 Flu season is off to an early start, health officials say.

Flu season is off to its earliest start in the United States in more than a decade, with the most intense activity occurring throughout the south.

But activity also has been picking up in both Pennsylvania and New Jersey, according to the states' health departments.

Pennsylvania health officials have categorized influenza activity as widespread, with confirmed cases in 63 of the state's 67 counties through Nov. 30. There have been 70 flu-associated hospitalizations and five flu-related deaths, all adults.

Despite influenza being widespread, the U.S. Centers for Disease Control reports that Pennsylvania's flu activity is low in intensity.

Flu activity is moderate in intensity in New Jersey, but also localized, meaning that only certain regions of the state are experiencing increased activity, according to health officials. There has been one pediatric flu-related death.

Nationwide, flu activity began rising within the last month, and continues to increase, according to CDC officials. Influenza B/Victoria cases have been increasingly prevalent, though influenza B viruses are usually not as widespread at this time of year.

The majority of New Jersey's flu cases have been caused by influenza B, according to health officials. In Pennsylvania, two strains of influenza A – H3N2 and H1N1pdm09 – are spreading, in addition to influenza B/Victoria, officials report.

Flu season hasn't had such an early start since the 2003-04 season, a particularly tough one, according to Associated Press. Is this a bad sign for this year's flu season?

"It really depends on what viruses are circulating, the CDC's Scott Epperson told the Associated Press. "There's not a predictable trend as far as if it's early its going to be more severe, or later less severe."

Health officials consider flu season to have arrived when flu-like illnesses cause a larger number of doctor visits for at least three straight weeks.

The flu is widespread in at least 16 states with varying levels of intensity, according to the CDC. The most intense levels, so far, are being reported in the south, from Georgia to Texas. Last year, there were about 49,000 flu-related deaths and 590,000 hospitalizations across the United States.

The CDC emphasizes that it is not too late to get vaccinated, noting the best way to reduce the risk and severity of influenza is through the flu vaccination.

"Especially with the upcoming holidays, where many people will be gathering together, I cannot stress enough how important it is for you to get your flu vaccine so you can be protected throughout the flu season," Levine said. "There is no better measure to protect yourself than to get a flu vaccine."