Why antibiotics don't work for the flu and common cold 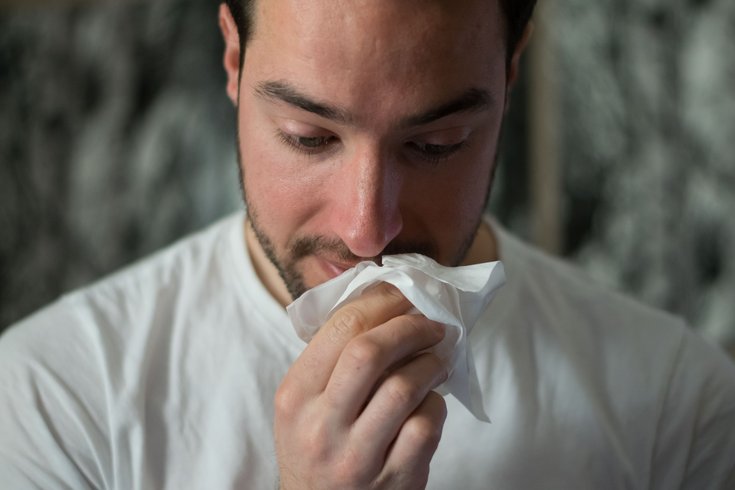 Antibiotics, which battle bacteria infections, do not work against viruses like the flu or common cold. But many patients ask for them anyway.

When that tickle in your throat turns into a congested head and achey body, you may feel like antibiotics are the only medicine that will make you feel better fast, but that is not necessarily true.

As part of Antibiotic Awareness Week, Pennsylvania Secretary of Health Dr. Rachel Levine stressed that antibiotics don't work for the flu or the common cold.

"Antibiotics are some of the most commonly prescribed drugs in medicine and can be lifesaving; however, they can also be overprescribed," she said in a statement.

RELATED STORY: Antibiotic-resistant bacteria a deadly threat 'that is not going away,' CDC says

"Taking antibiotics when they are not needed can increase a person's risk of getting an infection that does not respond to antibiotic treatment at a later date. It is important to remember that antibiotics only kill bacteria, not viruses. If you have a cold or the flu, a sore throat not caused by strep, or a runny nose, an antibiotic is not the right medicine for you."

Viruses and bacteria have different replication mechanisms so they need to be targeted differently, according to Drugs.com. Antibiotics were not designed to treat viral illnesses such as a cold, influenza, sinusitis or even bronchitis. Viral infections generally do not need medication and will resolve on their own. It just takes time, sometimes even a couple of weeks. Rest and getting plenty of fluids, as well as treating particular symptoms like fever and pain, are the best treatments. In certain cases, an antiviral drug may reduce the length of your illness.

The bottom line is that antibiotics are an important line of defense against bacteria infections and serious health conditions such as sepsis and meningitis; however, unnecessary antibiotic use is problematic. The U.S. Centers for Disease Control and Prevention reports that in U.S. outpatient settings, almost 30 percent of antibiotics are prescribed unnecessarily. That can lead to antibiotic resistance, a growing public health concern.

Each year antibiotic-resistant bacteria, also referred to as "superbugs," cause 2.8 million infections and 35,000 deaths in the U.S.

While antibiotic resistance naturally occurs as a part of bacteria's defense system and can't be completely eliminated, its rate of progression can be curbed, according to the Mayo Clinic.

The best defense against these superbugs is to stop the misuse and overuse of antibiotics, and to prevent infections from starting in the first place. For certain viral infections, like the flu and chicken pox, vaccines are an important preventive measure.

The Pennsylvania health department also recommends practicing good daily hygiene. Wash your hands properly with soap and warm water after using the bathroom, touching trash, changing a diaper. Also do so while caring for someone who is sick, and before preparing and eating food. In addition, when you are sick, stay home to avoid spreading the infection and always sneeze or cough into your elbow.

Find out more about the CDC's latest report on the dangers of superbugs here.