Antibiotic-resistant bacteria a deadly threat 'that is not going away,' CDC says

Superbugs cause 2.8 million infections and 35,000 deaths in the United States every year 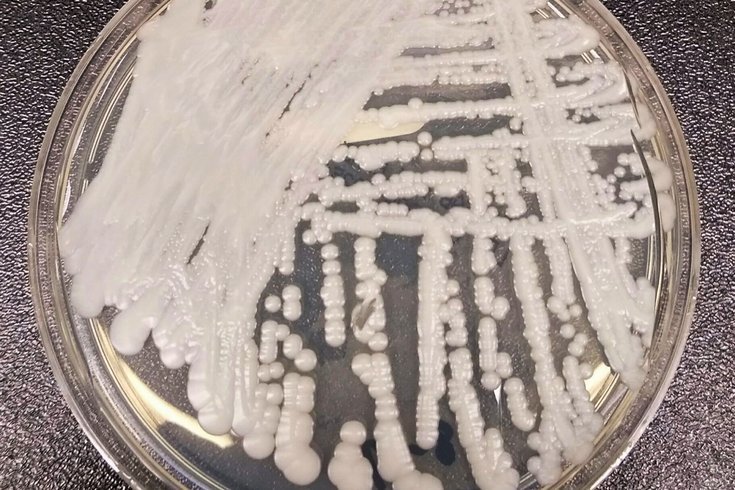 Antibiotic-resistant bacteria and fungi cause at least 35,900 deaths and 2.8 million infections in the United States each year, according to the CDC. Above, Candida auris, a drug-resistant fungus, is shown in a lab culture.

Antibiotic-resistant bacteria and fungi cause more than 2.8 million infections and at least 35,900 deaths every year in the United States, according to a new U.S. Centers for Disease Control and Prevention report.

The number of deaths from so-called "superbugs" has dropped 18 percent since 2013 – primarily due to prevention strategies implemented by hospitals across the country.

But the number of infections has continued ticking upward. And CDC Director Dr. Robert Redfield called antibiotic-resistant infections a deadly threat "that is not going away."

Redfield pointed to the emergence of Candida auris – a drug resistant fungus that kills 1 in 3 patients during an invasive infection. The fungus began spreading on five continents around the same time, mystifying scientists.

"With emerging threats like this, the modern medicine available to us today may very well be gone tomorrow if we don't slow the development of antibiotic resistance," Redfield told reporters in a press call on Wednesday. "Antibiotic resistance remains a significant enemy and we need to ensure our interventions are effective and monitored through the programs we institute. We must remain vigilant."

Though antibiotics generally kill germs, some pathogens have found ways to survive. As they multiply, they sometimes spread their resistance to other pathogens and kill germs that help protect humans, according to the CDC. That gives the antibiotic-resistant pathogens a bigger advantage.

"Antibiotic resistance is a global problem and every person, industry and country around the world contributes to it," said Dr. Michael Craig, of the CDC's antibiotic resistance coordination and strategy unit. "Given the chance, resistant germs will infect our bodies, take up residence in our health care facilities, contaminate our food and water, and move across our community and globe."

The four other urgent threats are:

• Clostridioides difficile, a bacteria that causes life-threatening diarrhea and colitis.

• Drug-resistant Neisseria gonorrhoeae, the sexually-transmitted disease gonorrhea, which can cause life-threatening ectopic pregnancy and infertility. It also increases the risk of transmitting and contracting HIV.

On top of the 2.8 million infections and 35,900 deaths included in the report, CDC officials said clostridioides difficile contributes 220,000 infections and more than 12,000 death each year.

"The same strategies that can help us fight antibiotic-resistant infections – stopping the spread of germs and improving antibiotic use –can help us to fight c. difficile," Craig said.

The report is an update to a 2013 version, which initially estimated that 23,000 people died each year of antibiotic-resistant infections in the United States. But CDC officials revised that figure to 44,000 after receiving data from about 500 additional hospitals.

Many deadly infections spread among patients across healthcare facilities, disproportionally affecting young, elderly and sick patients. But hospital deaths due to antibiotic-resistant bacteria have dropped by 28 percent since 2013.

CDC officials are particularly concerned about the spread antibiotic-resistant bacteria in community care settings like urgent care centers and retail clinics. Such facilities may be giving out unnecessary antibiotics to treat respiratory conditions, like bronchitis, CDC officials said.

The CDC has invested $110 million in researching better prevention strategies. It also has invested in an antibiotic-resistant lab network, which works to detect antibiotic resistance in health care, food and the community.

Along with the U.S. Food and Drug Administration, the CDC is providing samples of resistant germs from their isolate bank to researchers trying to undercover new drugs and treatments.