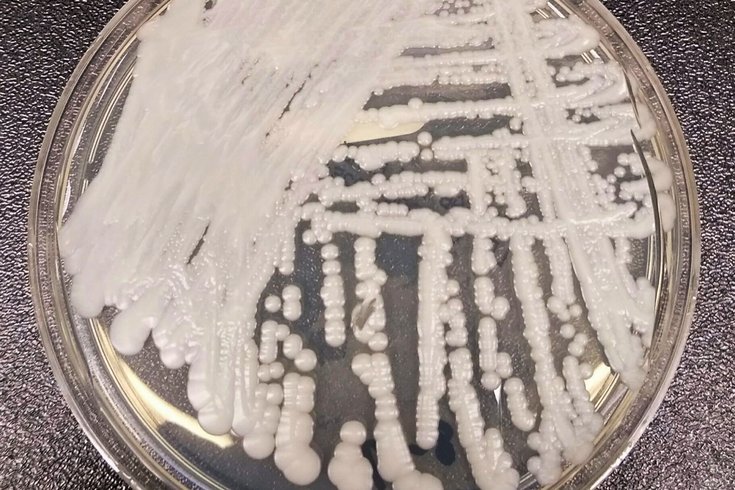 Candida auris – shown here in a lab culture – is a drug-resistant fungus that can cause deadly infections. Scientists believe climate change may have caused its emergence as a global health concern.

Candida auris, a drug-resistant fungus that can cause fatal infections, was first identified 10 years ago in a Japanese patient with an ear infection.

Within years, C. auris cases began appearing simultaneously on three different continents – Asia, Africa and South America. In each continent, the fungus was genetically distinct, suggesting the infections did not originate from the same source.

One theory posited by scientists: the fungi adapted to warmer temperatures brought about by global warming, enabling them to break through humans' protective internal body temperatures.

Fungal infections are rare in humans because most of the fungi in the environment cannot grow at the high internal temperatures of the human body, according to scientists. Instead, they prefer cooler temperatures.

A study conducted by researchers from John Hopkins University found that C. auris can grow at higher temperatures than most of its closely related species, the majority of which cannot survive within mammals.

Their findings indicate that fungi are beginning to adapt to higher temperatures, a new reality that could make humans more susceptible to fungal infections in the years to come.

The study was published Tuesday in the journal mBio.

The U.S. Centers for Disease Control and Prevention considers C. auris a global health threat. The fungus is resistant to multiple antifungal drugs commonly used to treat infections and can cause outbreaks in health care settings if not identified quickly.

More than 1 in 3 patients with an invasive C. Auris infection – one that affects the blood, heart or brain – die, according to the CDC. Often times, they already are sick with other medical conditions, making diagnosis difficult.

There have been 716 C. auris cases in the United States, with most of them occurring in New York City, Chicago and New Jersey, according to the CDC. Most resulted from patients receiving health care in countries where C. auris has been reported or the result of local spread after such an occurrence.