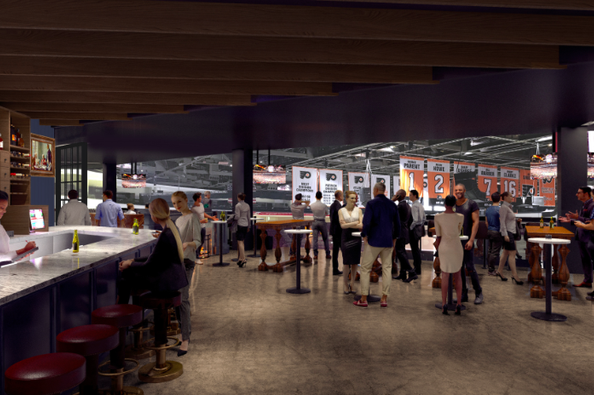 The Flyers will hold 200 standing room-only tickets to be released the morning of each home game day, for fans making last-minute decisions.

The Flyers will hold 200 standing room-only tickets to be released the morning of each home game day, the team announced Saturday.

The initiative, which the team is calling its "Assembly Room Last Call" program, are the team's "first dedicated day-of-game ticket option", per the organization, and are designed to make attending a Flyers game feel more accessible.

"We understand that the Assembly Room attracts a segment of fans that may prefer to make more spontaneous decisions to attend a game, and the Last Call tickets ensure that these fans can access tickets securely on the day of the game without having to pay a mark-up on the secondary market," Mike Shane, Chief Business Officer for the Flyers and the Wells Fargo Center, said in a release.

"We also want to encourage a new, walk-up culture here at the Wells Fargo Center, particularly among our fans in the surrounding neighborhoods in South Philadelphia."

The Flyers and the Wells Fargo Center launched the new Assembly Room standing room-only section earlier this year. The $25 price point is the lowest available ticket price in the NHL.

The Flyers are launching the program starting Saturday, Nov. 2, for the team's home game against the Toronto Maple Leafs.

To me, this is a no-brainer good idea. Making hockey games more accessible to South Philly residents who might suddenly have a free evening, or to fans whose tight budgets often keep them from plunking down money days or weeks in advance, is a great idea. There are 41 home games every year. Everyone should have a fair shot at seeing hockey live if they want.

Through 12 games, the Flyers are 6-5-1 and are in fifth place in the Metropolitan Division.