The two launched a Kickstarter campaign to back their dream 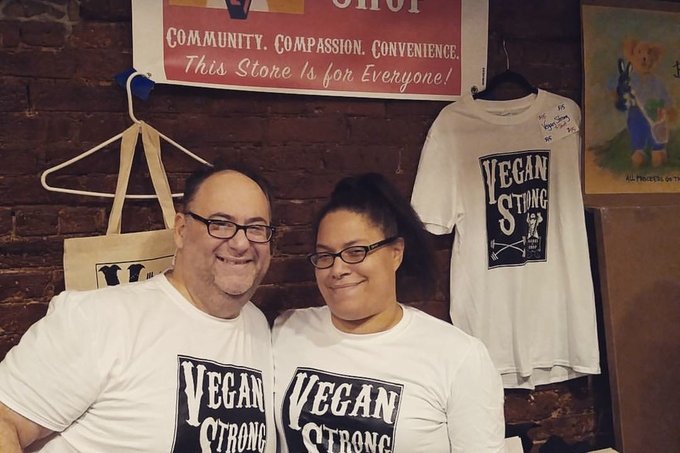 The vision for V Marks the Shop is based on sharing veganism with the world and bringing it back to family, the entrepreneurs said.

New York vegan foodies Carmella Lanni and Carlo Giardina - aka The Food Duo - plan to expand into the City of Brotherly Love, where they want to open a plant-based convenience store.

According to a Kickstarter campaign they launched to help meet their goal, the two have grown fond of Philadelphia's veg-friendly food scene, and they want to be a part of it.

The plan for their proposed brick-and-mortar store, to be called V Marks the Shop, is to create a specialty food store and "meeting place" in Philadelphia.

"Whether you're running in to get a quick snack or attending a cooking demo, we want people to get to know their neighbors," their Kickstarter reads.

To read more about their vision and to donate, click here.