Forecasters see slowdown for home remodeling in the United States 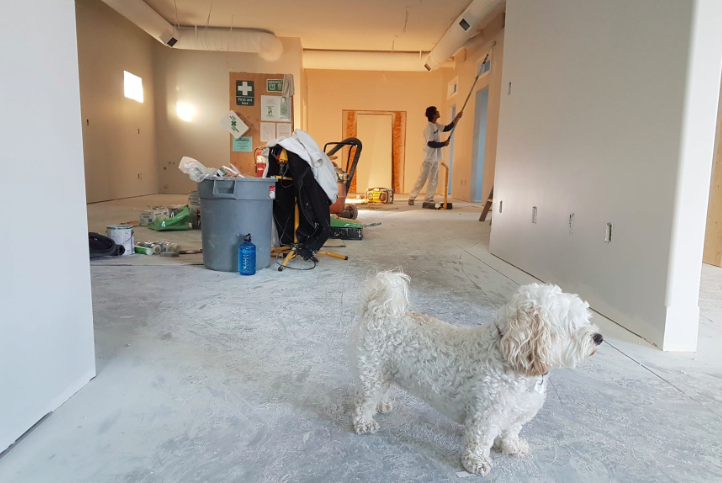 One of the most common investments made to improve the value of a home, both for sellers and buyers, is remodeling. The industry has thrived in times of economic growth and a solid housing market nationally, but it’s not all created equal.

A new report from Harvard University’s Joint Center for Housing Studies projects that homeowner spending on remodeling activity is about to hit a slowdown by the second quarter of 2020, and most of it will be absorbed by the industry’s smaller players.

The analysis projects that the annual gain in remodeling expenditures is expected to fall from 6.3% during the current quarter to less that 1% by the second quarter of 2020.

“Declining home sales and homebuilding activity coupled with slower gains in permitting for improvement projects will put the brakes on remodeling growth over the coming year,” says Chris Herbert, Managing Director of the Joint Center for Housing Studies. “However, if falling mortgage interest rates continue to incentivize home sales, refinancing, and ultimately remodeling activity, the slowdown may soften some.”

The projection is somewhat surprising on its face considering the historically low mortgage rates that have held firm recently in the United States. With greater incentive to buy, there might be a logical push for home improvement.

But one factor noted by Realtor.com is that home price appreciation has slowed down, particularly relative to income. When home values are rising faster, homeowners tend to spend more liberally and pursue renovations to accelerate that growth in value.

There has been a corresponding decline in new home sales as existing homes appear more attractive to buyers this year, according to CNBC. As existing home inventory on the market shrinks, there may be less demand for remodeling services. New home sales fell 7.8% in May from April and were 3.7% lower than in May 2018, according to U.S. Census figures.

"The well-documented market pause in the second half of 2018 set the stage for more moderate home price increases and lower interest rates, which stimulated both affordability and demand, leading homebuyers back to the market."
--Chicago real estate expert Stuart Miller

It may be that the larger supply of newly-built homes for sale will scale back spending on remodeling projects.

These reports come against a backdrop that appears more promising on the whole. The U.S. Housing market continues to expand amid a historic boom, even as fears of another recession circulate, according to another analysis by lending data provider CoreLogic.

Short-term trends are always important to watch, but as Forbes points out, the U.S. economy has been growing for 121 consecutive months, a national record. The housing market has comprised about 15% of GDP since 2010, fueling a leap from $6.1 trillion in home equity in 2009 to $15.8 trillion in the first quarter of 2019.

There is reason to be wary of a recession at some point on the horizon, but the housing market has seen solid growth for a decade, and we are currently in a low mortgage rate period that theoretically should sustain this trend.