Proceeds of Chef Christopher Kearse's 'French AF' charity series on Aug. 17 will be donated to MANNA 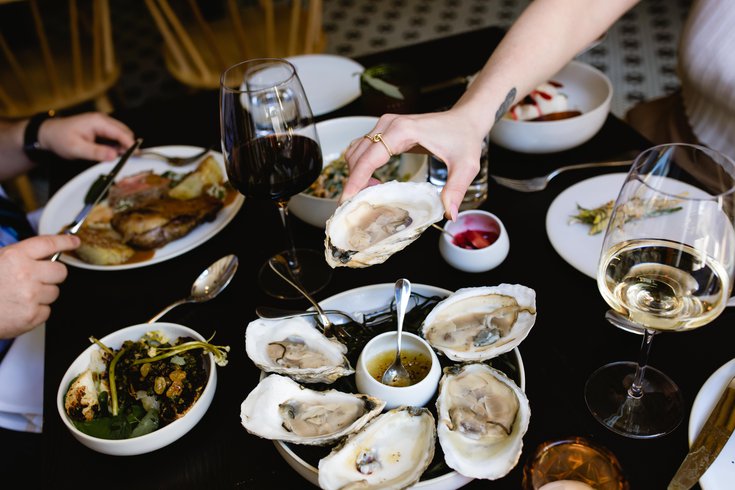 Forsythia, Old City's popular French restaurant is set to bring back its 'French AF' series on Wednesday, Aug. 17 with a five-course, summer dinner with 20% of proceeds benefitting MANNA, a non-profit organization that provides meals to people living with serious illnesses.

Old City's popular restaurant Forsythia is bringing back its "French AF" series next month. The multi-course charity dinner provides donations to nonprofits in the Philadelphia region.

La Fête des Fruits de Mer, the sixth installment in the series, is taking place on Aug. 17 from 5 to 10 p.m. The summer dinner is inspired by the south of France and features five seafood-centric dishes hand-picked by Chef Christopher Kearse.

The special menu costs $90 plus tax and tip, with an optional wine pairing for an additional $65.

A portion of the proceeds will be donated to the Metropolitan Area Neighborhood Nutrition Alliance, an organization that provides nutritious, medically-appropriate meals to people living with serious illnesses like cancer, renal disease, and HIV/AIDS.

The organization was founded in Philly in 1990 to serve residents dying of AIDS. In more than three decades, the nonprofit has served over 19 million people in the city and South Jersey.

"For August, we wanted to give guests a refreshing dining experience by showcasing an assortment of raw bar flavors and delicacies including scallops, oysters, and shrimp," said Kearse. "The French AF series allows us to not only experiment with culinary arts, but also is a way to (support) our community by donating to a local charity each month — this time around being MANNA." 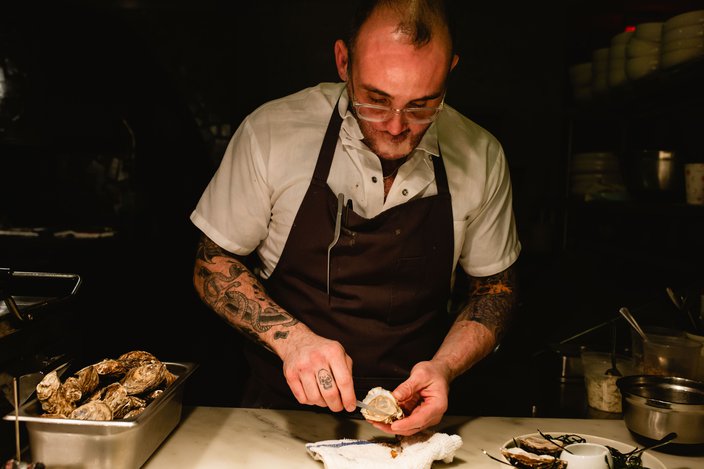 Forsythia Chef Christopher Kearse started the 'French AF Series' to showcase new cuisine, provide foodies with a one-night-only special menu, and support local charities throughout Philadelphia. The next installments are scheduled for Sept. 14 and Oct. 12.

The five-course meal offering is available below.

Guests can also check out the Shelly Duvall, a specialty cocktail made to accompany the dinner. The drink is made with vodka, oyster shell-infused dry vermouth, and homemade sea bean and orange bitters.

Reservations are encouraged, and can be made through Resy. For those who can't make it to August's "French AF" dinner, Forsythia has already started planning its next two installments, set for Sept. 14 and Oct. 12.