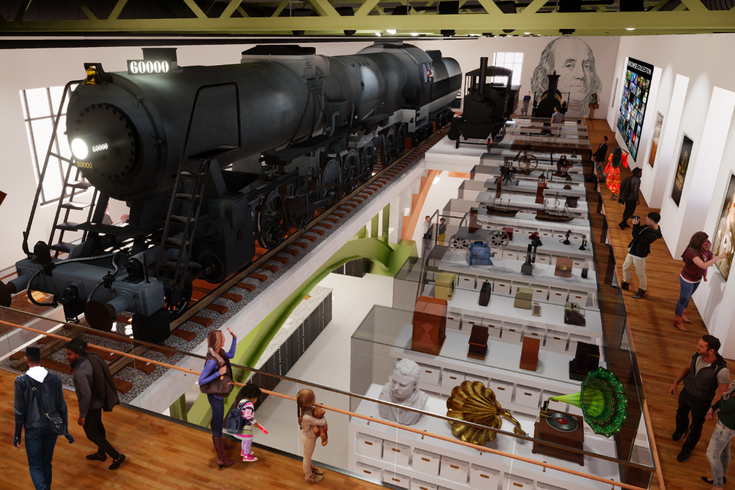 Rendering of what the Train Factory in the Franklin Institute will look like after the transformation.

The Franklin Institute's Train Factory exhibit, where the historic Baldwin 60000 Locomotive resides, is preparing to undergo a dramatic transformation.

The museum received a $6 million gift from the Hamilton Family Charitable Trust for the expansion and re-imagination of the space into a two-story gallery.

RELATED: 40 rare 13-star flags to be displayed at Museum of the American Revolution | Manayunk Arts Festival back for 30th year | A guide to all the free outdoor movies in Philly happening summer 2019

It will be renamed "Treasures of the Franklin Institute" and will display unique artifacts from the museum's collections, many of which have never been displayed publicly before.

According to the Franklin Institute, the rotating items may include Benjamin Franklin's glass armonica, a 1912 letter from Alexander Graham Bell, a Thomas Edison light bulb and drawings by Wilbur and Orville Wright.

The artifacts will surround the massive steam locomotive, which was donated to the Franklin Institute in 1933 by Samuel M. Vauclain, grandfather of S. Matthews V. Hamilton Jr. of the Hamilton Family Charitable Trust.

The train will remain where it is, and the floor will be cut away for the displays. Here's a rendering of the what the space should look like when complete: 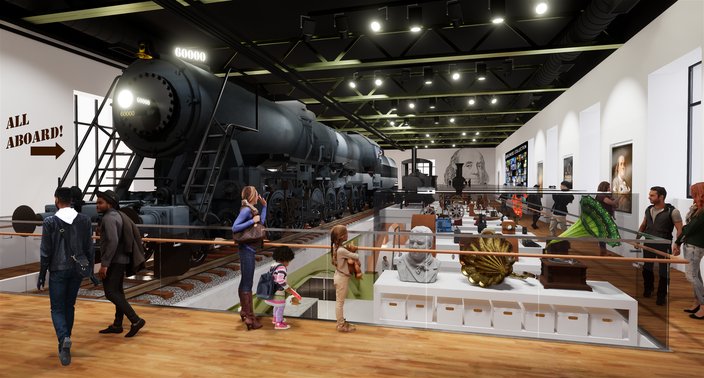 Rendering of the new “Treasures of the Franklin Institute” exhibit.