Inside the Franklin Institute's 'The Worst-Case Scenario: Survival Experience' 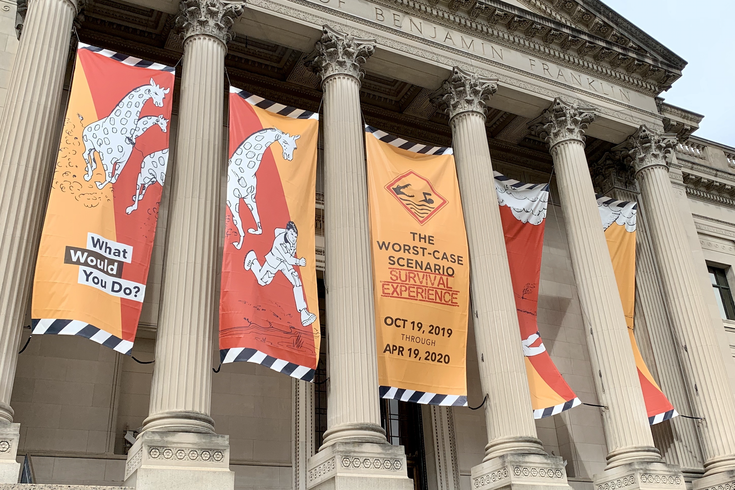 Franklin Institute's new exhibit 'The Worst-Case Scenario: Survival Experience' will be open Oct. 19 through spring 2020. Inside the exhibit there are 13 survival challenges, based on the best-selling book series.

The exhibit based on the best-selling "Worst-Case Scenario Survival Handbook" opens at the Franklin Institute on Saturday, Oct. 19.

Inside is a "Survival Gymnasium" with 13 challenges. Can you make it out of quicksand, which is actually a massive ball pit? What if you're then covered with an avalanche of plastic balls once you're stuck in there?

Will you be able to escape rising flood waters by climbing across a wall without touching the floor? And can you jump from the roof of one subway car to another on the exhibit's swaying simulator?

Definitely, if you follow the step-by-step survival instructions provided throughout the exhibit. 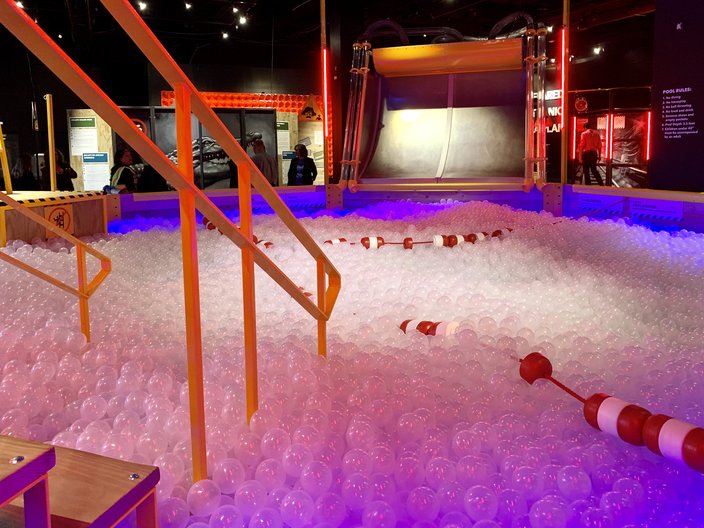 A giant ball pit is in the middle of the Franklin Institute's new exhibit 'The Worst-Case Scenario: Survival Experience.'

When asked about seeing their book series come to life through "The Worst-Case Scenario: Survival Experience," Philadelphia natives and co-authors David Borgenicht and Joshua Piven likened the experience to lightening striking twice.

"Figuratively not literally, but we would know what to do if it actually ever happened," Borgenicht was quick to add with a smile.

Their handy yellow guide to surviving shark attacks, quicksand and more was published in 1999 and recently updated with modern advice and new scenarios.

How to survive getting hacked, 'fake news,' drone attacks and out-of-control autonomous vehicles, are some of the new threats of the 21st century.

"As we were writing these updates, we were reading in the news about these things happening," Piven said. 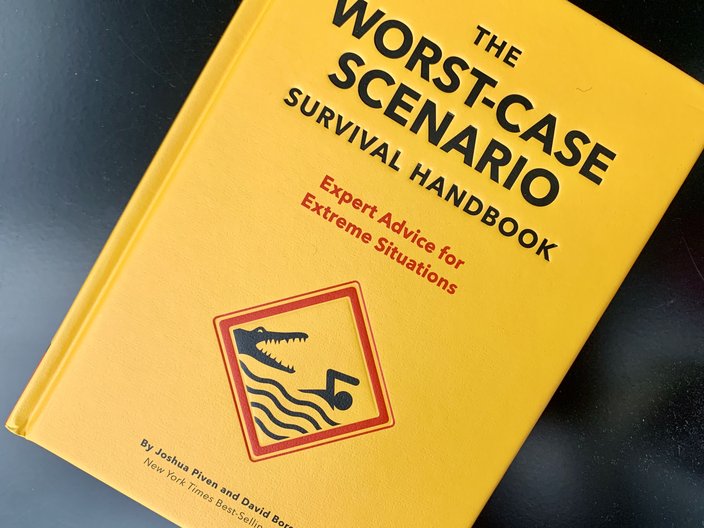 This is the updated survival guide, filled with new scenarios for 21st-century threats.

When Borgenicht and Piven were putting together the original survival guide in the late '90s, they reached out to experts to give them survival information on various scenarios, like things they had seen in action movies or read about in the news.

"It was a little weird, I think some of them thought it was a kid doing a book report," Piven joked.

So while the scenarios are outlandish, the information is real; you can trust the advice found in the handbook, and as well as the tips scattered throughout the Franklin Institute's exhibit.

Walking through "The Worst-Case Scenario: Survival Experience," you'll spy signs stating that if killer bees are chasing you, do not jump into a swimming pool because the insects will be waiting for you when you surface.  And if you're in an avalanche, use a freestyle-swimming motion to move through the loose snow.

"Sometimes the best humor comes from taking it seriously," explained Borgenicht, who cites Monty Python and British humor, in general, as personal favorites. 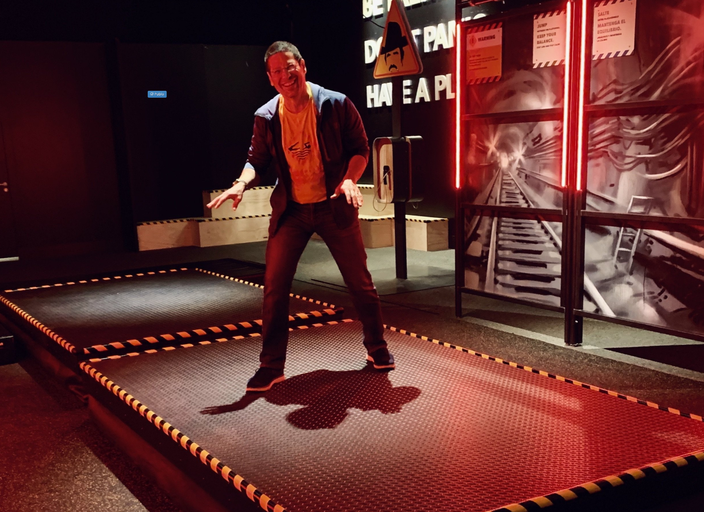 Josh Piven, co-author of the best-selling 'Worst-Case Scenario Survival Handbook,' stands on the simulator that's meant to feel like the roof of a subway car in the new Franklin Institute exhibit.

In the exhibit, in addition to the various interactive challenges and signs with step-by-step survival advice, there's a gallery of real-life heroes who encountered worst-case scenarios, a spinning wheel that shares info on how to survive various scary wildlife and an opportunity to test your skills at determining if someone is lying to you.

With so much information everywhere, even those who just want to lay in the ball pit will leave having learned something.