During the holiday weekend, walking tours to the Tomb of the Unknown Revolutionary War Soldier will depart from the museum 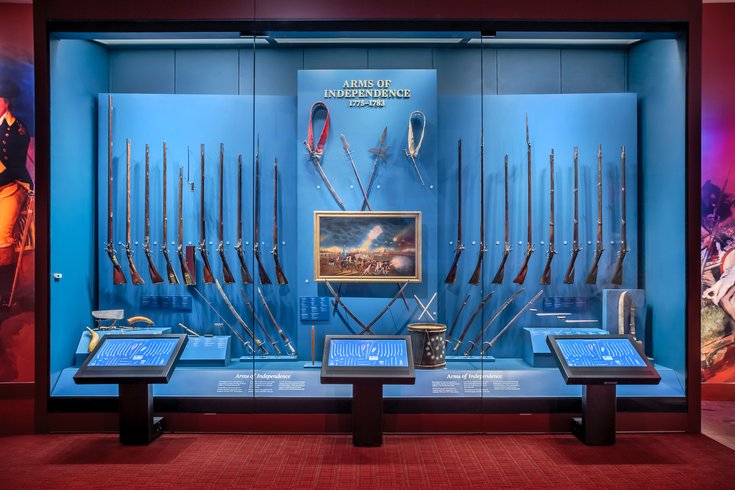 Memorial Day weekend, from Saturday, May 25, through Monday, May 27, admission to the Museum of the American Revolution is free for veterans and active or retired military, courtesy of Comcast NBCUniversal.

The museum includes a collection of Revolutionary-era weapons, personal items, documents and works of art. Two of the most exciting items are George Washington's headquarters tent and the first newspaper printing of the Declaration of Independence.

There are interactive elements, too. In the museum's new discovery center, Revolution Place, visitors of all ages can learn what it takes to be a soldier by trying on reproductions of Revolutionary-era uniforms, climbing inside a soldier's tent and signing an enlistment form.

For the holiday weekend, the museum also has a few special activities planned.

Visitors are invited to post notes on a special display in the museum's rotunda to express their gratitude to America's service members, and ten-minute talks will take place daily at 1:30 p.m. next to the gravestone of Captain Michael Cresap, which is on loan from the New-York Historical Society, in the museum's galleries.

Cresap led a rifle battalion from Maryland in 1775. He then fell ill soon after arriving at Washington's headquarters in Cambridge and died in New York City on his way home to recover. A reproduction of the tombstone now stands at the Trinity Churchyard on Wall Street where he is buried.

In addition, there will be 30-minute walking tours to the Tomb of the Unknown Revolutionary War Soldier at Independence National Historical Park's Washington Square, located just two blocks from the museum, where thousands of Revolutionary soldiers are buried in a mass grave. The tour is included with museum admission and will depart from the rotunda at 1 p.m. and 3 p.m. through the weekend.

Saturday, May 25, through Monday, May 27
Free admission for veterans and active or retired military
Museum of the American Revolution
101 S. Third St., Philadelphia, PA 19106