Fringe Fest 2017 nestles on the notions of home, family and comfort 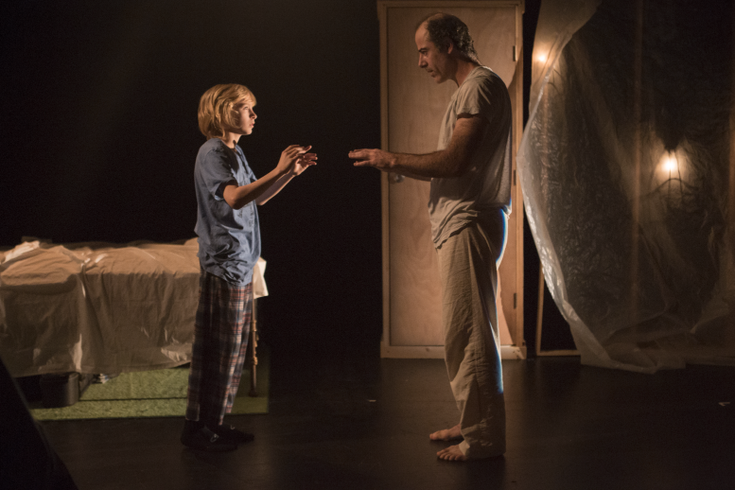 A world premiere from internationally acclaimed art-maker Geoff Sobelle, HOME is a large-scale performance that mixes illusion, choreography, live music, construction, homespun engineering, and live documentary to create the messiness of life that transforms a house into a home.

When Nick Stuccio, the president and producing director of the Fringe Festival, talks about the 21st iteration of his citywide love letter to outré performance arts, he gets nostalgic. Stuccio’s warm feeling about the Fringe – Sept. 7 to 24, with its annual fundraising Feastival on Sept. 28 at FringeArts headquarters – doesn’t just stem from the fact that many of its Philly-based producers are long-time alumni of the fest.

“It has been a minute since Pig Iron Theatre, Thaddeus Phillips, New Paradise Laboratories and a solo Geoff Sobelle show has been part of the Fringe,” said Stuccio of the festival’s curated events.

What Stuccio is most enthusiastic about is that those four performers (plus Philly musician and sound designer Michael Kiley) have dedicated new shows to concepts of the near and dear.

“These artists grew up and had children – recently, too – and are focusing on intimacy, the familial, the personal and the concept of ‘home’ – what it means to be home.”

Pig Iron’s epic “A Period of Animate Existence,” conceived and written by composer/filmmaker Troy Herion, scenic designer Mimi Lien, and director/Pig Iron co-founder Dan Rothenberg, touches on the very nature of how and why we live. During this symphonic theater piece, children act as stand-ins for hope and responsibility, while the adults (singers from The Crossing, the Philadelphia Boys Choir & Chorale, Philadelphia Girls Choir, and more) sing out.

Michael Kiley’s “Close Music for Bodies” is about the joy of proximity and the beauty of sharing communal space. Its vocal choral cast is made up of the composer’s friends and family, along with people he’s never met. Audience members may even get even get recruited to sing.

Thaddeus Phillips and Steven Dufala’s “A Billion Nights on Earth” was designed to look like a children’s pop-up book, has a storyline about a father and son on a quest for truth (starring real-life dad and son actors Michael and Winslow Fegely), and a denouement conceived by Phillips’ son, Rafael.

New Paradise Laboratories’ horror farce “Hello, Blackout!” too finds an imaginary family thirsting for something bigger and truthful, albeit something scarier in the end. Anyone who has witnessed New Paradise’s work in the past knows that their brand of theater holds David Lynch-like twists. 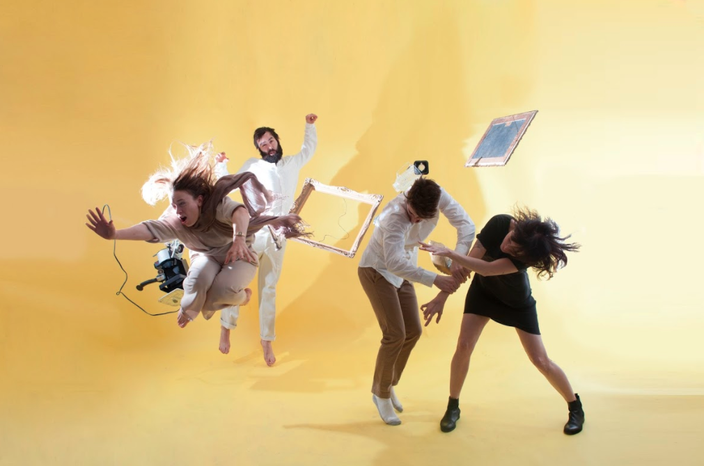 New Paradise Laboratories returns to the Fringe Festival with a multidisciplinary world premiere that follows the eccentric Kissimmee family – triplets, their mother, and an elusive father – before, during, and after the Big Bang.

If you want something truly homey, however, there’s Geoff Sobelle’s “HOME,” a production that focuses on the difference between a house and a home.

“HOME”'s sense of family is magnified as Stefanie Sobelle is the piece’s dramaturgist, and Elvis Pekins (Geoff’s high school pal) is its original music composer.

Geoff Sobelle goes on to say that this cozy “HOME” show – designed by magic set maker Steven Dufala – is planted firmly in the mystery of the theater as well as a new found love of silent film.

“How do I break the conventions of a theatrical space?” asked Sobelle. “That was important. Part of my inspiration came from Charlie Chaplin’s 1916 short, 'One A.M.,' in which he comes home one night, drunk, and his house plays tricks on him. Another film was Buster Keaton’s 'Steamboat Bill, Jr.' that sees him running from tornadoes while homes are ripped from the earth and fall down around him.”

Only here, Sobelle’s tale of a home’s life cycle is the opposite of Keaton and Chaplin’s bold, destructive tendencies.

“My 'HOME' is more poetic and gentler,” said Sobelle.

“It’s about how each-and-every structure has a story – the attic being a repository of memory, the kitchen is the heart – and how that story lives on. So, 'HOME' is a provocation on living, on what homemaking truly is, maybe even on a broader, more civic level. We’re not addressing politics as it is, but, if we think of humans as migratory animals and that we move – whether we want to or not – then 'HOME' allows an audience to extrapolate their own thoughts on everything from immigration to gentrification.”

You can find dates, times and locations for these shows and many more right here.