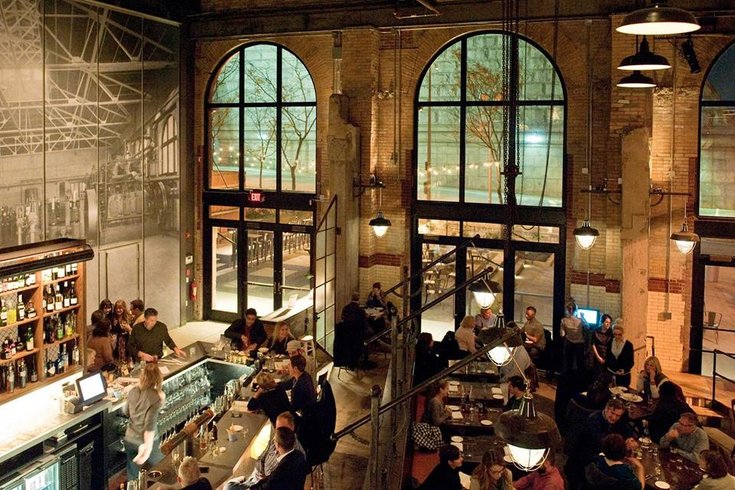 The interior of FringeArt's headquarters in Penn's Landing, which doubles as both a performance space and restaurant La Peg.

This fall FringeArts will introduce its first-ever jazz festival, a four-day event inspired by late jazz musician Bill Dixon and entitled The October Revolution of Jazz & Contemporary Music, or OctRev.

Dixon, who was known for his role in the free jazz movement, helped pioneer the influential October Revolution in Jazz series in 1964. The OctRev festival at FringeArts will harken back to those prolific festival days in creating a four-day event booked with both musicians and artists for a diverse listening experience.

The Ars Nova Workshop is also hosting the event alongside FringeArts, and performances are slated for performance at the FringeArts Penn’s Landing headquarters, where you can also dine at La Peg, and other neighboring performance venues.

The central idea OctRev wants to push on guests is the concept of “deep listening,” making the music an all-encompassing sensory experience for listeners to fully explore.

“In this kind of landscape, in which music of all kinds can play a central role, the participants do not listen for something,” says Mark Christman, executive and artistic director of Ars Nova Workshop, in a press release. “They are focusing instead on the experience of listening itself -- tuning in.”

NEA jazz master Anthony Braxton, The Art Ensemble of Chicago, and harpist-drummer duo (who have worked with Bjork and the Yeah Yeah Yeahs) Zeena Parkins and Brian Chase are among the confirmed acts so far.

The festival will go from October 5th through the 8th. Tickets are on sale now and begin at $165 for early buyers.