May's First Friday offerings have a variety of paintings, graphics, wheatpastes and posters to get you thinking 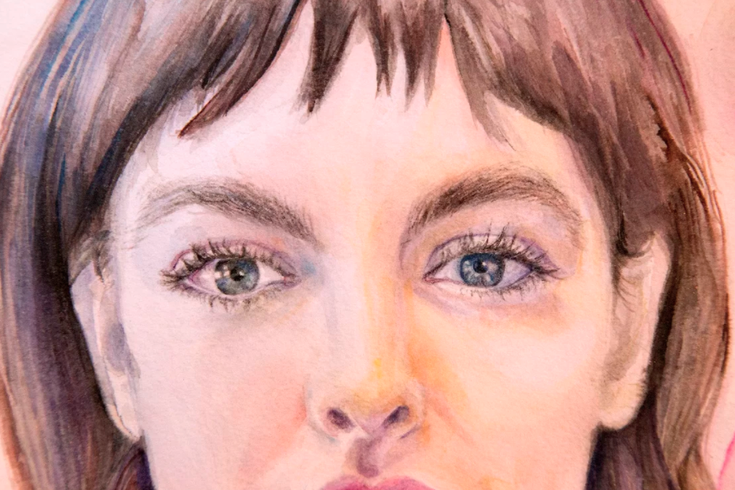 “Forms of Resistance” by Tim McFarlane and Miguel Rodriguez

Tim McFarlane and Miguel Rodriguez are nothing if not a pair of “keep on keepin’ on” types. While speaking on the phone with PhillyVoice, both artists expressed a nose-meet-grindstone sensibility about their work.

“I was demoralized by the results of the election,” McFarlane says, “And the only thing I could come back to was I still needed to make work. 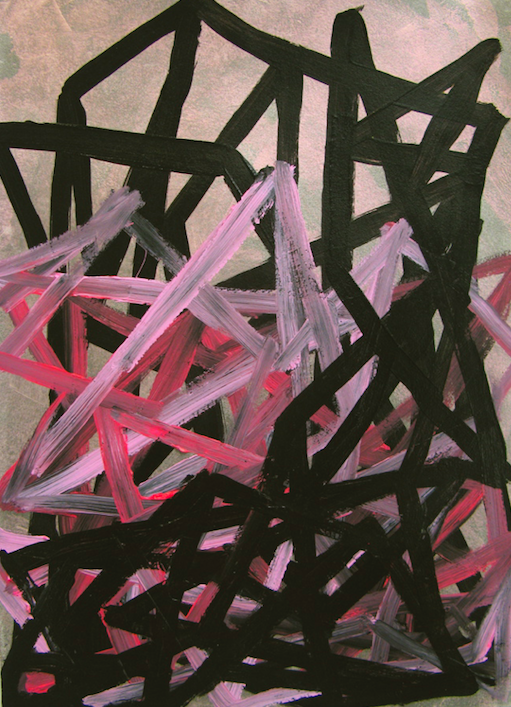 “The very face of being an artist right now, continuing to produce artwork, [that’s] in and of itself a form of resistance,” Rodriguez says. Hence the name of the show, which features 20 new works on paper by each artist, all made this year.


McFarlane explains he’s been making art with the cloud hanging overhead of potential defunded art organizations, and of arts education being stripped to bare bones.

Rodriguez, too: “Art is not made in a vacuum, we’re making marks and we’re making paintings before, during, and after the election, and we’re people of conscience, we can’t help but be affected by what’s going on.”

“We didn’t say, ‘We want to make political artwork, literal interpretations,” Rodriguez, of D.C., continues, mentioning as an example, something like giant, painted Donald Trump heads.

“But in deconstructing what it is we do and why we do it, we realized there [are] intersections.”

For instance: McFarlane explains that a lot of the paintings he’s been doing involves some “obstruction of images” in the works. 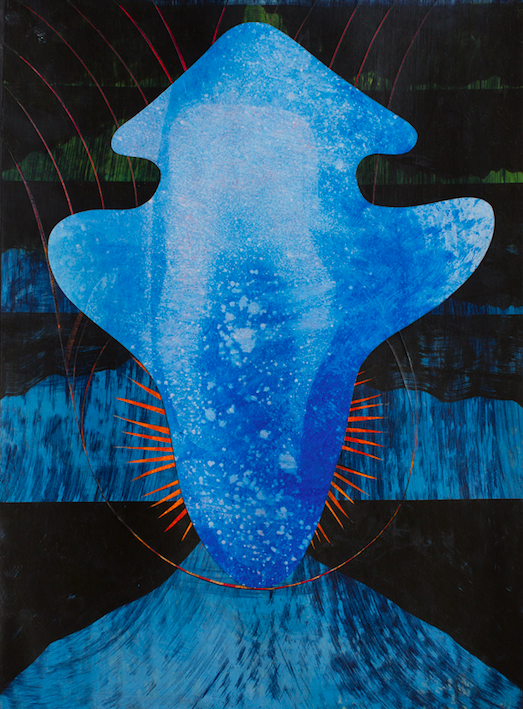 “There’s this whole thing about the whole story not quite being visible,” he says. “There’s all sorts of lies being told. You’ve got to search for some truth, some way in, through all the morass.”


Both artists spoke to the nature of graffiti as protest art, too.

“Graffiti [can be] built up over time, with layers, and this has correlations with issues of science. The survival of beings on this planet has developed over time. Protest art is about pushing back on something, it’s about survival,” Rodriguez says. The concepts of surviving and adapting, even the final paragraph of Charles Darwin’s The Origin of Species have inspired him, too.

“I’m also looking at the ideas of alien spaces and alien places,” McFarlane chimes in. “How ‘alien’ things feel right now. Every day you wake up and there’s a new thing … a stranger in a strange land.”

It’s clear that the two longtime friends have unpacked and considered how a great many concepts play into their work here. Rodriguez says the tone of the exhibition is fundamentally constructive.

“Sunlight is the best disinfectant,” he says. “We’re getting everything out there. People are being exposed to the true colors of things. We’re still here. I didn’t drop everything and start making Trump faces. I’m making my damn work, and I’m going to see where it takes me.”

“This World Is Not For Me,” by GRIMGRIMGRIM 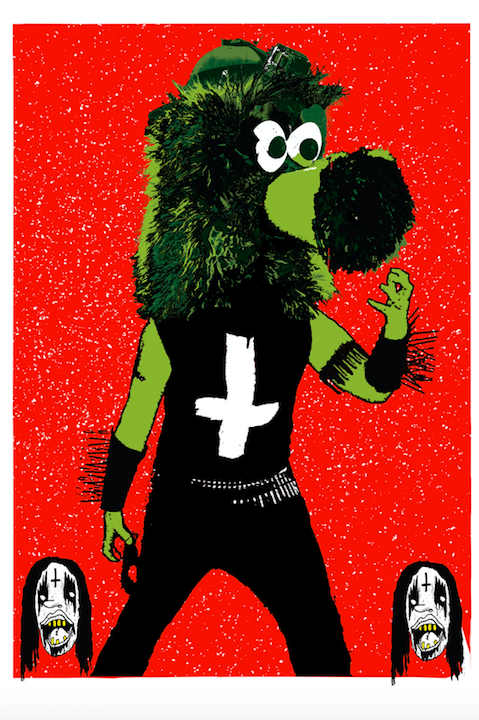 Another case of a living in a strange land: Artist Jim Anderson, a screen printer and graphic designer who goes by the name GRIMGRIMGRIM, says the title of this show is straightforward: it’s accurate for the current political state.

“We have a reality TV star who is heading the show, accompanied by people who just hate anyone who is not rich, white, or Christian,” Anderson says. “A majority of this country is living in fear of just walking outside. This is not the world I want to live in at all.”

Much of his work -- wheatpastes and posters -- has an edge of the post-apocalyptic, he says.

“I feel like we are heading there each day,” Anderson states, but adds: “However, they are not meant to be taken too seriously, and I hope that some people can get some dark humor out of these.”

“I cried when I had my aura read because it struck me as a subconscious truth; almost like deja-vu,” artist Anna Mraz tells PhillyVoice.

“We are electric beings and we have an energetic field that surrounds us. Also known as an ‘aura,’ each energetic wavelength is associated with a different color.” 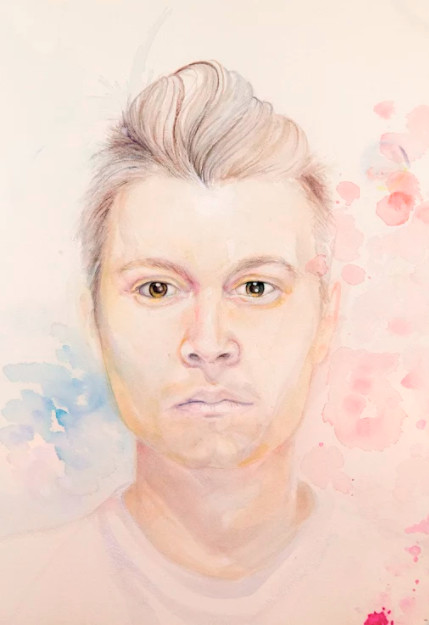 Mraz had her aura photographed by the group Radiant Human last year, and became “borderline obsessed” with color energy.


“‘Faces of Philadelphia’ is meant to highlight the similarities and differences which ultimately connect us all,” Mraz goes on to say.

“I use the color spectrum to describe the subject as I perceive them, not just see them. As they say, there's a lot more to a person than meets the eye. I strive to find beauty in others and share it.”

By the way, a bit about Radiant Human, which visits Philly this month: “A roving, fully adaptable aura photography laboratory; a uniquely immersive salon of extrasensory image-making. It's a whole thing. We foster the ephemeral and make the metaphysical tangible. We make polaroid photographs of you and your aura. We come to you.”