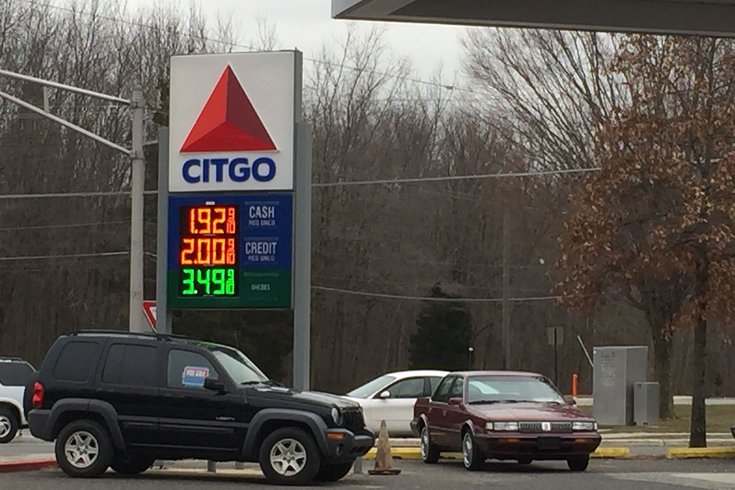 The last time gas prices were this low in Philadelphia, President Barack Obama had only been in office four months, health care was taking form as his chief agenda item and the nation was in the depths of a recession.

Gas prices are $2.41 a gallon on average in the city, according to numbers supplied by AAA spokesperson Jana L. Tidwell. Last time they were this low was May 2009. Across the region, drivers are seeing prices as low as $1.92.

The price drop follows a 100-day-old trend of declining prices as oil's value has declined by 50 percent just within the last year.

“We’re thrilled about the low price,” said Jennifer Monteleone of Marlton, who spoke to PhillyVoice.com as an attendant pumped gas into her vehicle at the Citgo station at 135 E. Main St. in Marlton. “It really helps.”

“We were getting thumped” by the high prices in recent years, she said. “And now we can put away a little in savings.”

She said she has another good reason for hoping the prices stay low: her teenage son will begin driving this summer.

In New Jersey, gas prices are lower than they are in Philadelphia in part because of the Garden State’s lower gas tax. At the Marlton Citgo station where Monteleone was interviewed, gas was just under $1.93 a gallon.

“U.S. drivers ended 2014 on a high-note with gas prices plummeting over the last few months of the year,” said Tidwell in a statement.  “The lower gas price trend is likely to continue into 2015, with the year promising to provide much bigger savings to consumers as long as crude oil remains relatively cheap.  It would not be surprising for U.S. consumers to save $50-$75 billion on gasoline in 2015 if prices remain low.”

Another consequence, in part, caused by the drop in gas prices? SUV sales are growing, according to an NPR report.