Emily Wilson is the first woman to translate Homer's 'Odyssey' 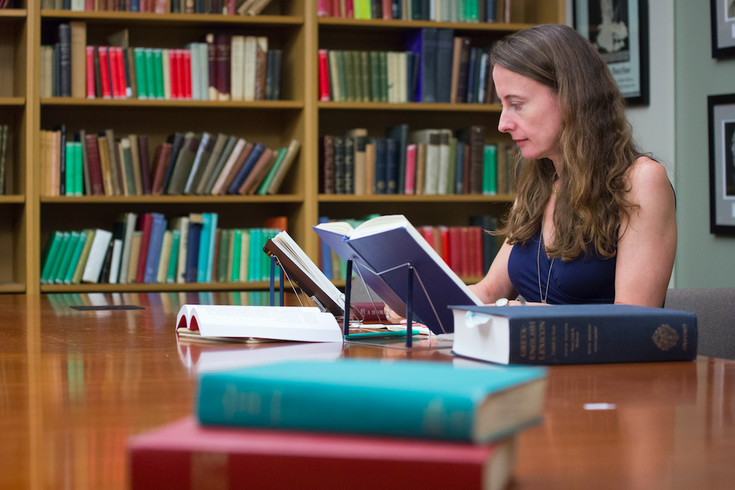 University of Pennsylvania professor Emily Wilson, who studies and translates ancient literature, has been awarded a MacArthur Foundation 'genius grant.'

Emily Wilson, a professor in the School of Arts and Sciences at the University of Pennsylvania, is one of 26 recipients of this year's MacArthur Foundation fellowships, often called "genius grants."

Wilson gained international recognition as the first woman to translate Homer's epic poem "Odyssey" into English. That translation was published in 2017, and she's currently working on a translation of Homer's "Iliad."

"I study and translate ancient literature with awareness of its music, its humanity, its complexity, its diversity and its unimaginable difference from the worlds of today," she's quoted as saying by the  MacArthur Foundation.

Wilson explains her role as classicist scholar and translator further in the video below.

The grants are awarded based on three criteria: exceptional creativity, record of significant accomplishments and potential for future creative work.

Each fellow receives a no-strings-attached stipend of $625,000, paid out in equal quarterly installments over five years.