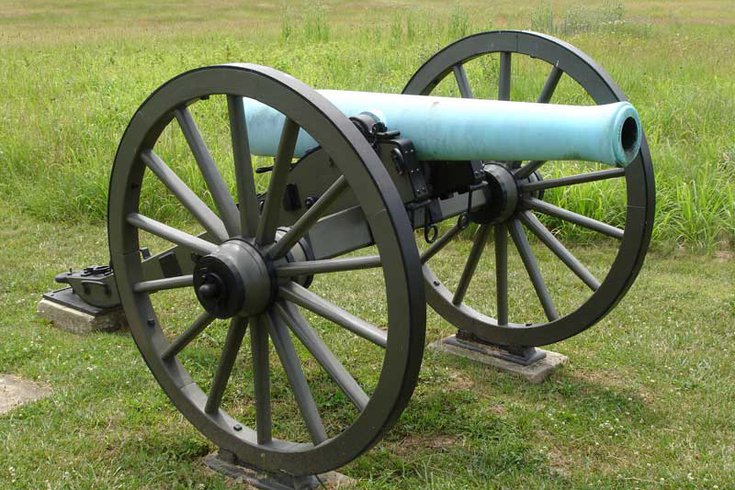 A New Jersey man visiting Gettysburg with his family captured spooky video of what looked like two ghosts at the historic Civil War battleground in Pennsylvania.

In a deleted scene from an episode of "The Office," Jim Halpert once explained that his family abandoned a trip to Gettysburg because his brothers claimed the town was full of dead zombies from the Civil War.

Maybe Jim's brothers were on to something, in a way.

In a distressing new video — even by 2020 standards — a New Jersey man captured what appears to be two human-like apparitions at the historic Pennsylvania battleground.

Greg Yuelling, 46, told The U.S. Sun that he and his family were visiting Gettysburg as tourists to soak up the Civil War landmarks. The site was the stage of a pivotal battle in July 1863 that turned the war decisively in favor of the Union. An estimated 46,000 to 51,000 casualties, along with about 5,000 horses, piled up over the course of three grueling days.

Yuelling said he had heard stories about ghosts in Gettysburg, but he didn't believe any of it until he saw some himself while traveling with his family one night last week.

"We were driving along one night and we started hearing noises, I heard things to the left and my uncle heard things to the right, and there was a fog, but the fog was weird, it was only in one patch, not dispersed," Yuelling told the tabloid. "Then we saw these shapes moving in the darkness. They were the size of humans, one of them ran right through the cannon."

In the video below, two fog-like figures appear to briefly take the shape of human beings. You can judge for yourself.

Yuelling and his family watched the videos repeatedly to confirm what they saw. He said the sight was both exciting and ominous, and it's changed the way he thinks about paranormal activity.

"I always questioned the validity of those ghost videos you see on TV,  I was always pretty disbelieving," Yueller said. "I believe everything now."

It has been a strange week for unusual sightings in the region. On Monday night, residents of Rutherford, New Jersey, freaked out when they saw what looked like a UFO in the sky.

It turned out to be a Goodyear blimp headed to MetLife Stadium for a "Monday Night Football" game.

Fair enough, but how do you explain fog that turns into ghosts?