Pumpkinland will continue in 2020 with precautions for COVID-19 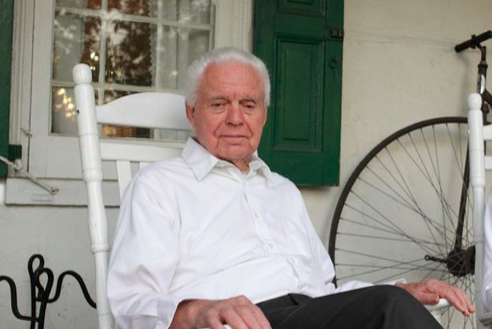 Paul Linvill spent most of his life with his family at Linvilla Orchards in Middletown Township in Delaware County, Pennsylvania. He died at 93 years old on Sept. 6, 2020.

Linvilla Orchards, one of Middletown Township's most storied and popular destinations, announced Monday that Paul Linvill died earlier this month at 93 years old.

We are very sad to announce that our patriarch, Paul Linvill, passed away peacefully on Sunday, September 6, 2020. Paul...

Linvill spent most of his life on the 300-acre family farm, which celebrated its 100th anniversary in 2014. Linvilla Orchards has been in the family for five generations.

What began as a dairy farm evolved into a site of education and entertainment over the years, from festivals and hayrides to the annual Bunnyland and Pumpkinland events.

For years, Paul and his late wife, Margaret, lived at the pre-Revolutionary farmhouse in Middletown, one of the oldest homes in the area. Margaret, who went by Peg and managed the gift shop at Linvilla, died in 2018.

Middletown purchased half of the Linvilla property for open preservation in 1987, when Paul's brother, Larry, retired. Paul's family obtained "Life Estate" rights of the township property.

In 2002, a devastating fire destroyed Linvilla Orchards' Octagonal Barn, but the family rebuilt a new farm market and has since made several additions, including a greenhouse and garden center, a 36-acre neighboring property and a beer garden.

Paul, who was an avid rose enthusiast throughout his life, is survived by four children and several grandchildren.

Pumpkinland opened last weekend at Linvilla Orchards and will continue with safety measures during the coronavirus pandemic.