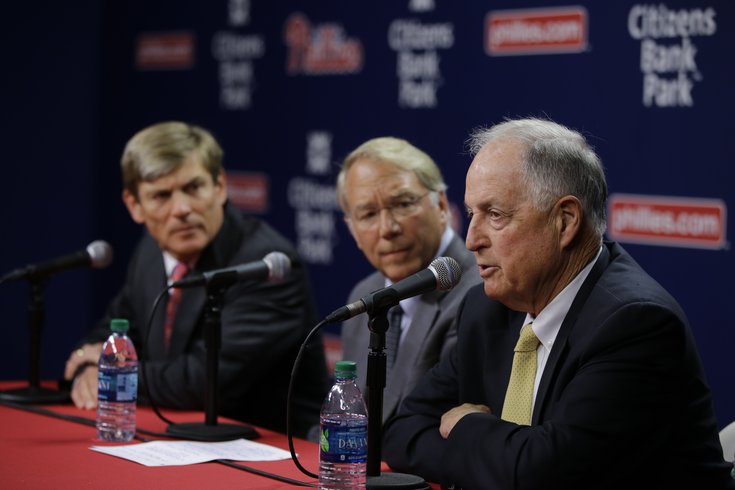 The Philadelphia Phillies have announced a few changes to their baseball operations staff, the team announced on Monday.

Pat Gillick, who is entering his 11th season with the Phillies and 59th in professional baseball, has returned to his role as senior advisor to the president and general manager. Gillick previously served as GM of the Phillies from 2006-2008 before retiring following their World Series victory.

Gillick returned to the team in 2014 to serve as interim president while David Montgomery was out on medical leave. But when Montgomery returned in 2015, it was as team chairman, opening the door for Gillick to take over as president on a more permanent basis.

Last season, when the team hired Andy MacPhail as its new president, Gillick said that he would be staying with the organization, although his role was not clearly defined until now.

Here's a look at the four other moves GM Matt Klentak announced Monday:

•    Benny Looper, 67, is now senior advisor, international operations. Since joining the Phillies in November of 2008, Looper has served as assistant general manager, player personnel. In that role, he oversaw the scouting department and player development side of baseball operations. In those seven years, 11 minor league affiliates made the playoffs and three of them won championships.

•    Ned Rice, 33, has been hired as assistant general manager, replacing Looper. According to the Phillies, Rice spent 11 years with the Baltimore Orioles, the last three as director, major league administration where he "assisted in roster management, player contracts and negotiations, transactions, salary arbitration and rules compliance." He also has a background in "player information analysis, video analysis and public relations."

•    Scott Freedman, 32, has been promoted to director, baseball operations after he was originally hired by the club in October of 2013 as manager, baseball analytics. Freedman previously spent time in the labor relations department of the Commissioner's office from 2007-13 and, according to the team, "he served in a variety of roles, including as a liaison to all 30 clubs with respect to the interpretation and application of the basic agreement, major league rules, and major and minor league drug programs."

•    Lewis Pollis, 23, spent the 2015 season as an analytics intern for the Phillies and has been hired to a full-time position as analyst, baseball research and development. Prior to joining the Phillies, he interned in the Reds and Indians baseball operations departments.

Pitchers and catchers report to Clearwater, Fla. for spring training on Feb. 18.