Administrators expect enrollment to rebound despite concern about uncertain future 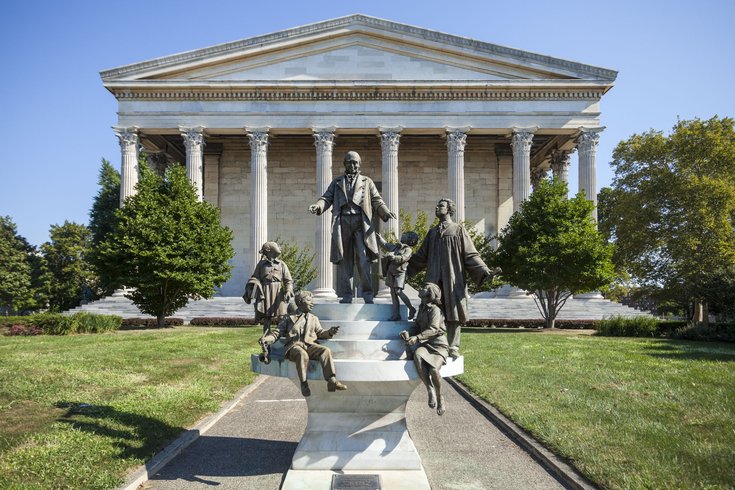 A statue of Stephen Girard and Founder's Hall at Girard College.

The historic boarding school behind that wall has offered thousands of orphaned children a free education since opening in 1848.

But as the institution prepares to kick off another school year, its future remains in flux. Still, enrollment is climbing again after falling dramatically two years ago, when administrators first proposed controversial structural changes.

“We (previously) would sit behind this wall and wait for people to come to us,” President Clay Armbrister said. “We’re really trying to change the dynamic and be a little more outward, so people know that this is a great opportunity. I’m always convinced if we can get people on the campus, we’ll get them here.”

Armbrister expects enrollment to reach 275 students, about a 45-student increase from its lowest mark last year. Enrollment sat above 400 students as recently as 2012 but significantly declined when administrators proposed a major change to its educational program in 2013.

Girard College wants to suspend its high school and boarding program indefinitely, a change of course administrators say is necessary to preserve the school’s financial stability. Beginning in 2019, the school would transform into an extended-day school for students in grades one to eight.

But doing so requires approval from the Philadelphia Orphans Court, which ruled last year that the proposed changes do not align with the vision outlined in founder Stephen Girard’s 1831 will.

The Board of Directors of City Trusts, which oversees the school, appealed the decision to the Pennsylvania Commonwealth Court. A decision is expected sometime within the year, Armbrister said. 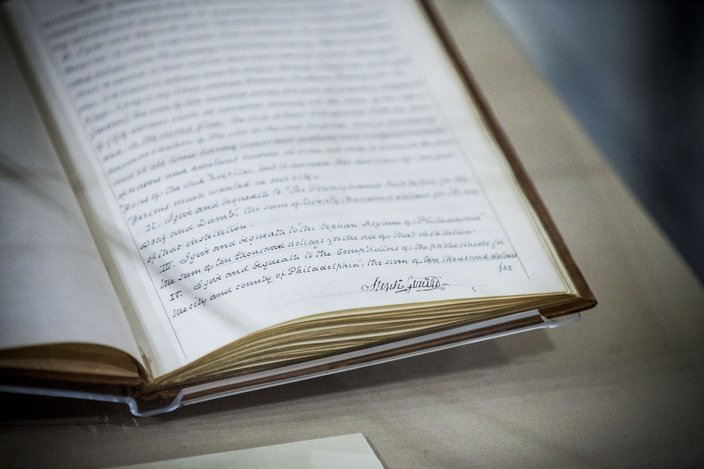 In the meantime, Armbrister finds himself in the precarious position of pushing the school forward as its future structure remains in doubt.

When Girard College announced the proposed changes, many students transferred, figuring they inevitably would need to find a new high school. To assuage some fears, the school committed to maintaining the high school through 2019, regardless of the impending court decision.

Despite aggressive recruiting efforts by the enrollment office, Armbrister said there were still 10 openings in its 24-member, first-grade class at the beginning of August. Some of those spots have since been filled.

“I said to myself, it’s sinful,” Armbrister said. “It’s shameful. The city of Philadelphia is among the largest cities in the country … I’m sure we have our same percentage or portion of social ills and we can’t find 24 families willing to take advantage of this opportunity?”

Girard College requires prospective students to be orphaned — now essentially defined as a child whose nuclear family is not intact — and meet income restrictions. Gender and race requirements were abandoned years ago. As a selective admissions school, Girard also requires its incoming students to perform at or above grade level.

“Trying to get your name out there has been a bit of a challenge, particularly for the right population,” Armbrister said. “But there are families out there. There’s got to be families out there who would be more than willing to take advantage of this great opportunity.”

Marilyn Saez-Grant is one of them. Her family is among 77 families sending students to Girard College this fall for the first time.

Saez-Grant looked at various other public and private schools before learning about the boarding school, which relieved safety concerns she had about her ninth-grade son, Benjamin, taking public transportation to and from school. It also provided a rigorous program and myriad after-school opportunities.

“It’s affording Ben some independence,” Saez-Grant said. “It’s getting him acclimated to what a college campus is like.”

Regardless of the impending court decision, Benjamin will be able to finish his high school career at Girard College. But even without that guarantee, Saez-Grant said she would have sent him.

But parents remained concerned, particularly those whose children could have their high school careers interrupted.

“You don’t want to have to all of a sudden try to find a new high school for the kids,” said Lynda Hardy, whose seventh-grade son, Brock Lyles, will be in the middle of his high school career when Girard College might suspend its high school program. “There’s something about the boarding school, as well, that teaches these kids a lot of responsibility.”

Lyles, in his third year at the school, has found a niche participating in the Boy Scout program offered at the school, Hardy said. Academically, he has read book after book.

“The school has made it through so many things in the past,” Hardy said. “They’ve made it through the Great Depression. They still have prospered, still turned out excellent students and made it. We’re hoping that the courts will see that.” 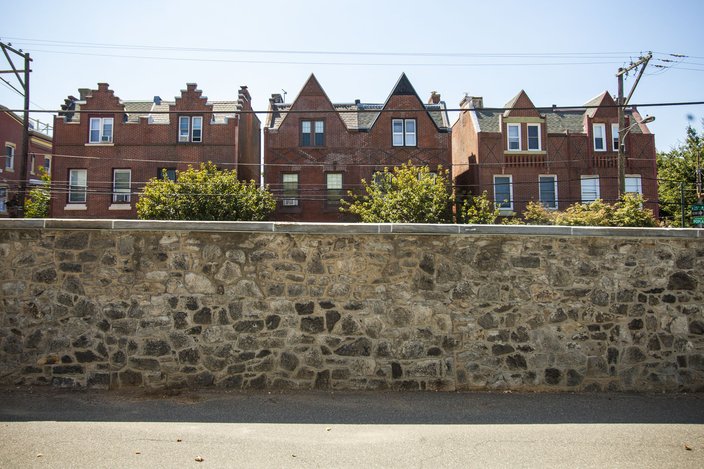 Row homes along the 2400 block of Poplar St., as seen from inside the walls of Girard College. (Thom Carroll / PhillyVoice)

Orphans Court Judge Joseph O’Keefe issued his ruling in August last year — just as the school year was about to begin. The ruling marked a significant victory for parents, students and the Girard College Alumni Association, who opposed the changes.

O’Keefe ruled that the institution's trust fund had begun recovering from losses incurred during the Great Recession, finding it unnecessary to enact such drastic changes.

The board contends the school is eating into its endowment in a way that places its long-term sustainability in question, Armbrister said. If losses continue piling up, the school could close in 20 to 25 years.

“That’s why we’re saying we should try to address this now,” Armbrister said. “Don’t wait 20 years. Don’t wait 25 years. The board had the presence to at least try to attack it early on.”

Employees did not hide their incertitude while providing a pair of visitors a campus tour last week.

“It is a time of uncertainty here,” said Elizabeth Laurent, director of historical resources, standing outside Founder’s Hall, the iconic, Greek-inspired structure that launched the career of famed architect Thomas U. Walter.

But Girard’s will — which established the school for poor, white, male orphans — has been litigated often. And the school has faced uncertainty at various times over the years.

The school’s walls became a symbol of racial segregation during the Civil Rights Movement, with protesters picketing the perimeter for seven months in 1965. Girard College admitted four African-American students in 1968 following a 14-year battle to desegregate the school.

Similarly, girls did not gain admittance until 1984.

Whether another significant change is coming will again be answered by a judge.