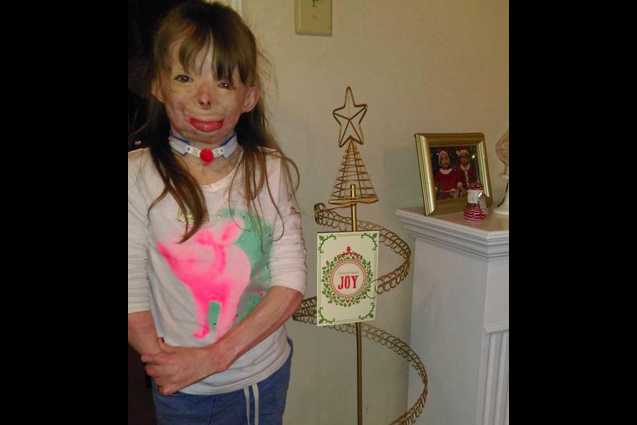 Safyre was the only member of her family to survive a house fire when she was 5 years old.

One New York girl's Christmas wish is simple this year: holiday cards from around the world.

Liz Dolder told "Today" that when she recently brought home a metal Christmas card holder from a thrift store, her niece Safyre said she wanted to fill it with cards.

The 8-year-old, who was the only member of her family to survive a house fire when she was 5 years old, now lives with her aunt.

After someone set fire to the upstairs stairwell leading to her family's apartment in May 2013, Safyre's father, David Terry, and her siblings Layah, 3, Michael, 2, and Donovan, 11 months, were killed. Because Terry had cradled Safyre in his arms, she was protected from breathing in hot air, allowing her to survive the fire.

The girl sustained burns over 75 percent of her body and lost her left foot and right hand, "Today" reports. She spent nine months in hospitals and underwent more than 50 surgeries to graft skin over her burns.

Dolder, who lives in Rotterdam, New York, often posts updates on Safyre's health to Safyre Schenectady's Super Survivor, a Facebook community she created after the fire.

Her post on social media about her niece's wish for holiday cards quickly spread. She has received cards from throughout the country and even a few via email from Italy, Sweden, Russia and the United Kingdom, Dolder told "Today." 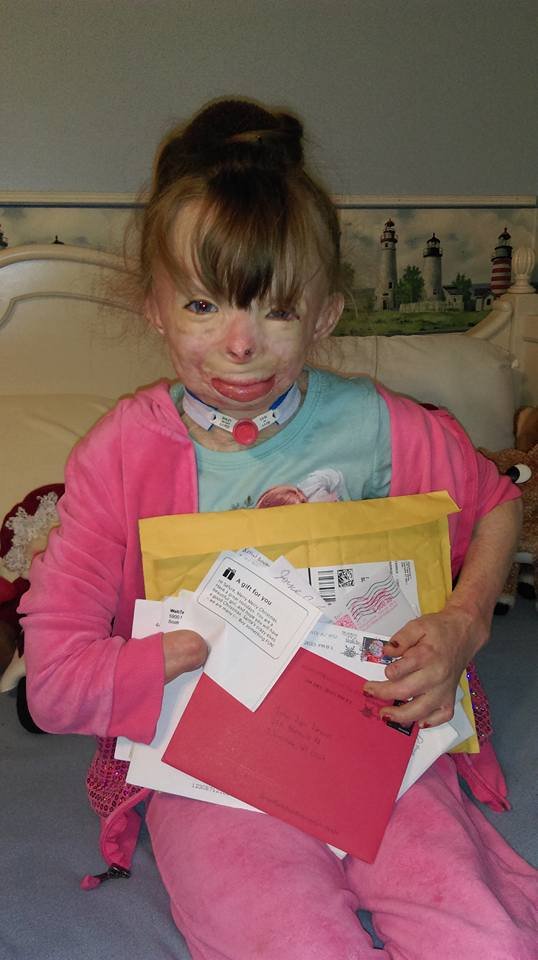 The family has also started a You Caring fundraising site to help cover medical expenses.

"Safyre is a typical 8-year-old — she's just wrapped in a different package," Dolder told "Today." "She is the bravest, most courageous little girl you will ever meet. She is funny and witty, sweet and caring, and super strong…She is truly amazing. Once you meet her, she is unforgettable."