The agreement with the Chester County Intermediate Unit creates funds to compensate those who were harmed and deprived a proper education. Litigation remains ongoing against several other defendants 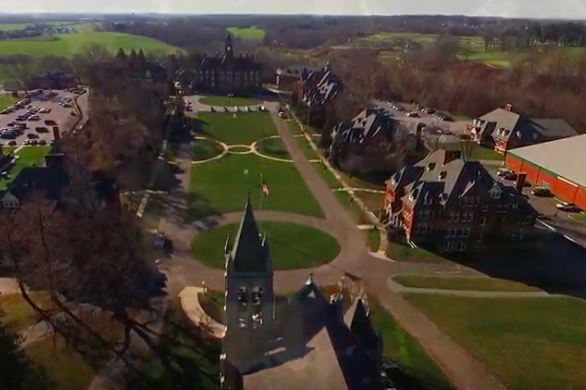 Former students at the shuttered Glen Mills Schools in Delaware County reached a $3 million settlement with the Chester County Intermediate Unit as part of an ongoing lawsuit that alleged students were physically abused and deprived a proper education.

Nearly four years after The Glen Mills Schools abruptly closed its doors amid mounting allegations of physical abuse that dated back decades, former students and their families have reached a $3 million settlement as part of an ongoing class action lawsuit.

The agreement with the Chester County Intermediate Unit, one of several defendants named in the lawsuit, establishes a fund to compensate former Glen Mills students who experienced or witnessed abuse during their time at the all-boys reform school in Delaware County.

Another fund is intended to make up for the educational deprivation of any student who was placed at Glen Mills after April 11, 2017, and to those who were there prior to that date but had not turned 20 by April 11, 2019 – the date the lawsuit was filed.

"The Glen Mills Schools discriminated against students with disabilities and wholly denied them their legally required special education services," said Margie Wakelin, senior staff attorney at the Education Law Center, a legal advocacy agency representing the plaintiffs. "The teenagers who entered Glen Mills are now young adults. Funds created by CCIU through this settlement will be the first essential step in repairing these grave injuries and will make a significant difference for these students."

Glen Mills was the oldest existing reform school in the United States before it closed, accepting students sent on court orders from across the country. Though allegations of civil rights violations and abuse surfaced in the early 2000s, the school came under increased scrutiny following an investigation by the Inquirer in early 2019.

Philadelphia quickly removed its 51 boys at Glen Mills, and officials from other counties and states followed suit. The school's director and board president each resigned. As pressure began to mount, then-Gov. Tom Wolf called for a review of the school and former Auditor General Eugene DePasquale began an audit.

The Department of Human Services revoked the school's licenses in April 2019, and its remaining students ordered to be removed.

Days later, the class action lawsuit was filed by a group of students and their families in the months after Glen Mills was shuttered in early 2019. The Chester County Intermediate Unit is the only defendant to have reached a settlement.

The other defendants include Glen Mills Schools, former school employees and state officials from the Department of Education and the DHS. A trial date for the remaining defendants has yet to be set, according to the Education Law Center.

The lawsuit alleges Glen Mills had "a culture of violence that pervades the entire education." It claims Glen Mills violated the civil rights of its students, and that students were unsafe, subjected to extreme physical and emotional abuse, and deprived of any meaningful education. The lawsuit alleges the abuse was particularly dire for Black students and those with disabilities.

The lawsuit specifically accuses the Chester County Intermediate Unit of failing to meet its oversight responsibilities and duties to special education students.

"The CCIU is dedicated to the education of all students and the betterment of their lives. As such, settling the case for the alleged loss of educational opportunities for the Glen Mills students was in the best interest of these young men," George F. Fiore, executive director of the Intermediate Unit, said in a statement. "Continuing to litigate and drag out the case for years was not beneficial to anyone, especially the former Glen Mills students. We strongly believe that future legal expenses are better directed to serving and improving the lives of former GMS students and not in continuing litigation."

The lawsuit also claims that Glen Mills staff used the school's rehabilitative system to incentivize fights by offering students a higher status for fighting with troubled students. Students allegedly often were given food in exchange for engaging in violence.

The 149-page complaint laid out an alleged "culture of silence" that discouraged staffers and students from speaking out against abuse or attempting to escape the program.

"Unfortunately, responsibility for the deprivations youth suffered at Glen Mills Schools, including physical abuse and intimidation as well as the absence of real educational programming, reaches beyond CCIU to leadership and many other key employees at both Glen Mills, state education leaders, and the Pennsylvania Department of Human Services, who we believe failed to act to keep children safe," said Marsha Levick, chief legal officer at Juvenile Law Center, one of the firms representing the students.

In November 2021, Glen Mills Schools sought to reopen under a new name, The Clock Tower Schools, again running an educational program for court-ordered boys at the same Delaware County campus. DHS denied the application last May, noting that officials failed to meet all the requirements for licensure.