Towns across the state are granted just one permit to sell alcohol per 3,000 residents, but lawmakers have proposed ways to circumvent the decades-old regulations 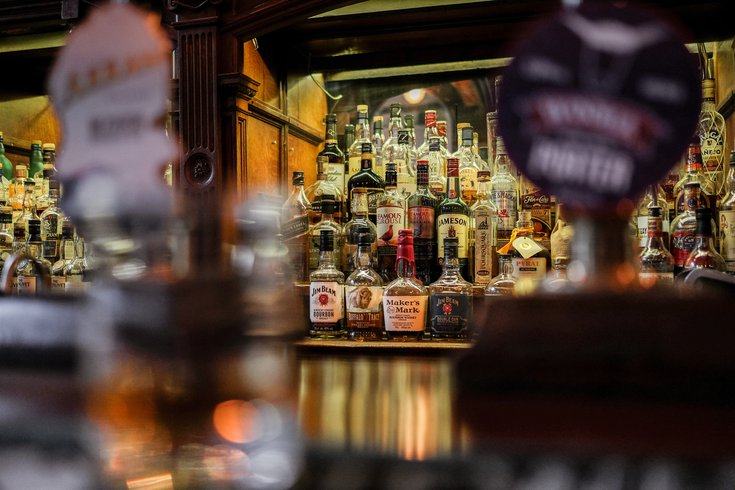 New Jersey officials have proposed ways to amend a law governing liquor licenses that was first written in the years following the end of Prohibition in the United States. The law, which limits each town to one license per 3,000 residents, has not been changed since 1969.

When the 21st Amendment ended Prohibition throughout the United States in 1933, New Jersey still sought to restrict the sale and consumption of alcohol. In the years that followed, policymakers enacted a law capping the number of liquor licenses that could be granted to business owners in each town.

The law was first passed in 1947, permitting towns only one license to sell liquor per every 1,000 residents. Lawmakers amended the law just once in 1969, which allowed one liquor license to be granted for every 3,000 residents in each town. It remains in effect today.

Gov. Phil Murphy, who pledged to prioritize updating New Jersey's liquor license regulations during his second term in office, outlined his own proposal for amending the laws during his State of the State address on Jan. 10, which would rewrite the initial law in order to lower the costs of a permit and gradually relax the cap on licenses based on population until it's completely eliminated.

"There's no other way to put it — our liquor licensing regime is antiquated and confusing," Murphy said. "We rely on a foundation of rules written in the days immediately after Prohibition to govern a 21st century economy. That makes no sense."

Finding a restaurant that will serve wine or cocktails along with dinner in New Jersey is not easy, particularly in places with high demand. This is because liquor licenses, if they're available at all, can sell for up to $1 million, though the average cost is about $350,000, NorthJersey.com reported. While each town has its own market for liquor licenses in the wake of the state's 1969 law, investing in a liquor license can vary widely depending on where a business is located.

Sen. Troy Singleton, a Democrat from Burlington County, has introduced an alternative to Murphy's proposal that would circumvent New Jersey's current alcohol laws by allowing inactive liquor licenses to be transferred to other towns in need of economic redevelopment.

There are approximately 1,400 inactive liquor licenses in the state, which Singleton believes is more than enough to provide relief to business owners looking to add cocktails to their menu, but would not come at a cost to the state or impact the investments that current license-holders have already made.

"It is no secret that liquor licenses in New Jersey are a hot commodity and extremely valuable," Singleton said. "Our liquor license laws are unfair, archaic and outdated. By allowing inactive liquor licenses to be transferred to redevelopment areas, we are creating more opportunities for new restaurants and bars to flourish, plus providing financial compensation to the towns from which the licenses are acquired."

If Singleton's bill is approved, towns that have already reached their limit of liquor licenses could apply to transfer one of the state's inactive licenses from any license-holder in New Jersey.

The town that has the inactive license could approve the request, as long as it's part of a redevelopment effort. Any license that is not used within two years would expire and be eligible for possible transfer.

Diane Weiss, executive director of the New Jersey Licensed Beverage Association, told WHYY that the organization supports Singleton's legislation. As there are plenty of inactive licenses in places like Camden, Trenton and Newark, Weiss believes allowing these licenses to be transferred could support small towns hit hard by COVID-19.

For businesses that do not require a liquor license, like breweries and wineries, Murphy addressed an ongoing battle to repeal restrictions put into effect by the Division of Alcoholic Beverage Control on July 1.

Those regulations prohibit the state's craft breweries from holding more than 25 special events per year, no more than 52 private parties per year and no more than 12 off-site events each year. Under the ABC's ruling, special events include any instance where live musicians or DJs are brought into the brewery.

Breweries are also barred from selling food or using food trucks, are unable to hold vendor events or pop-ups and must tour patrons around the brewery before they're allowed to sell alcohol.

Death of the Fox Brewing Co., a Gloucester County brewery and coffee house, has been one of the loudest voices in opposition to the regulations, repeatedly calling on Murphy to repeal the restrictions. Though Murphy said that craft breweries, wineries and distilleries "are seeing nothing short of a true renaissance," the governor stopped short of proposing an end to the restrictions, which were enacted by the ABC without legislative approval.

After being introduced earlier this month, Singleton's bill was referred to a state Senate committee for further deliberation and a possible vote.