Gloucester County's Death of the Fox Brewing Co. are among those leading an effort to repeal the regulations 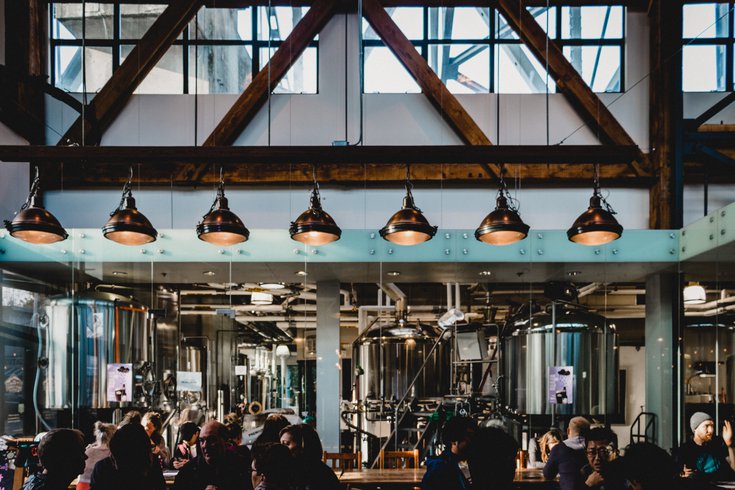 A new set of regulations on craft breweries set by the New Jersey Division of Alcoholic Beverage Control went into effect on July 1. The rules limit the amount of special events that can be held, and what brewers can sell on-site. Several brewers, including Death of the Fox Brewing Co. in Gloucester County, have come out in opposition to the rule, urging patrons to contact their representatives.

A new set of regulations governing how breweries across New Jersey are able to operate went into effect on July 1, after initially being implemented in 2019. The rules have largely been disputed by brewers, many of which have said their sales and customer experience will be negatively impacted.

In a series of Facebook posts, owners Chuck and Kat Garrity listed every provision of the ruling, and called on patrons to contact their elected representatives to urge them to overrule the New Jersey ABC. Though Death of the Fox is able to continue serving coffee in addition to beer at its East Greenwich Township brewery, each of the remaining provisions will impact its business.

Any time live music or DJs are brought into a brewery, the ABC considers it a special event, adding to the total allotted amount for the year. Though breweries are able to broadcast special television or media events — like the Super Bowl — advertising that the television program will be on now qualifies as a special event.

Under the legislation, breweries are no longer able to sell food, unless it is made and sold in pre-packaged, wrapped containers. Coffee is unable to be sold on site, and soft drinks are only authorized if they are manufactured in the brewery. No specialty cocktails can be made and sold with malt beverages, and no free drinks or happy hour promotions on malt beverages are allowed.

The provisions also require all new patrons to tour the facility before being able to drink. Breweries are unable to hold vendor events or pop-ups, and are prohibited from coordinating with food vendors or food trucks.

"They are crippling the breweries by telling us we can't have events, we can't do fun things," Kat Garrity told NBC10. "Why is anyone going to want to come here? They're trying to make an environment that no one wants to come to."

A representative from the New Jersey ABC told KYW that the provisions are not new, and that they coordinated with several businesses to come up with them.

"The Division believes the activities permitted under the 2019 Special Ruling strike a fair and appropriate balance between the interests of full retail license holders, such as restaurants and bars, and the craft brewing industry," the representative said.

A post shared by Death of the Fox Brewing Co (@deathofthefoxbrewingco)

Things like trivia nights, Quizzo, yoga, or other similar events would not be labeled as special, unless they are promoted or advertised on social media, the ABC clarified. The Division said in 2019 that while New Jersey lawmakers amended the state's liquor laws to promote the craft brewing industry, the agency never intended to provide breweries with the same amount of privileges as bars and restaurants.

The provisions were passed without the use of New Jersey lawmakers, and brewers like those at Death of the Fox are leading an effort to get the regulations repealed.

One lawmaker, state Sen. Michael Testa, has already responded to the Special Ruling with his own legislative proposal. On Tuesday, he revealed that he would introduce a bill to counter the ABC's limitations on breweries in the coming weeks.

Testa said he is working with other lawmakers to review the language used in the special ruling and to determine whether legislation can be used to overrule it. He noted that breweries suffered heavily during the COVID-19 pandemic, particularly during statewide lockdowns.

"These disastrous and destructive new conditions are an affront to the freedoms our breweries should enjoy in pursuing their goals and trying to find a place in our state's economy," Testa said. "In my opinion, the ABC fell far short treating our local breweries fairly, which we must address with new legislation to aid these small businesses."

Testa is expected to introduce legislation to counter the ABC ruling at the next New Jersey state Senate quorum.