Death of the Fox Brewing Co. has been one of the loudest voices opposing new rules enacted by the Division of Alcoholic Beverage Control 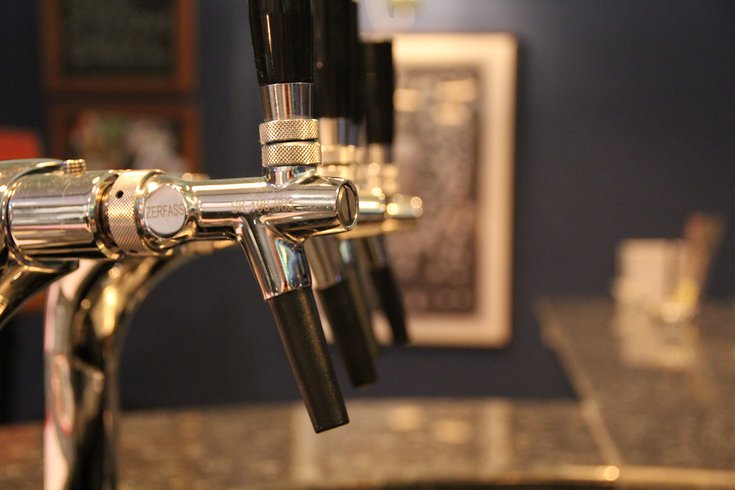 Death of the Fox Brewing Co., based in Gloucester County, has filed a lawsuit against New Jersey's Division of Alcoholic Beverage Control, claiming its regulations against craft brewers were not approved under proper procedures.

New restrictions that limit the number of social events that breweries in New Jersey can hold are being challenged in court by a Gloucester County craft brewery.

Death of the Fox Brewing Co., which has operated a combination brewery and coffeehouse in Clarksboro since 2017, filed a lawsuit Thursday alleging the state's Division of Alcoholic Beverage Control did not follow proper procedures before enacting the regulations through a special ruling.

The ruling, which took effect in July, limits breweries to holding 25 on-site events and 52 private parties per year. They also cannot participate in more than 12 off-site events or collaborate with food vendors, including food trucks.

The ruling, which was finalized in 2019, also outlines the definition of these events. For instance, any on-site activity that includes live music or DJs is considered an event. And though breweries can broadcast TV events – like the Super Bowl – promoting them on social media qualifies them as events. The ruling also requires all brewery guests to tour the facility before purchasing or consuming alcohol.

The ruling was intended to balance competition between breweries and bars and restaurants, which must buy expensive liquor licenses to sell alcohol. Breweries are able to sell alcohol for consumption with a limited license, thanks to a law passed in 2012.

When the special ruling was introduced in 2019, James B. Graziano, acting director of the ABC, told FOX29 that "the legislature never intended the limited licenses to give craft breweries the same privileges of a consumption venue, such as a sports bar or restaurant."

"ABC's new rules are a transparent attempt to favor one kind of business — bars and restaurants — over another — craft breweries," said Caleb Trotter, an attorney for the Pacific Legal Foundation, which is representing Death of the Fox. "What's more, the restriction on event advertising is an unjustifiable imposition on the free speech of breweries."

Trotter told NJ Indy that the rules violate the New Jersey Administrative Procedure Act. The law states that people who are "directly affected" by a decision should be allotted reasonable opportunity to submit data and arguments during any proceedings involving proposed rules. The ABC needed to go to the legislature for approval and hold a public comment period, Trotter said.

"State agencies cannot just craft rules behind closed doors without transparency or any opportunity for public involvement," added Luke Wake, an attorney at Pacific Legal Foundation. "State law requires that when an agency wants to impose rules affecting our lives and livelihood, we must have at least an opportunity to voice our concerns. And agencies are required to submit regulations to the legislature — which can decide whether to override this sort of agency action."

The Attorney General's Office declined to comment on the lawsuit.

A spokesperson for the ABC told KYW in July that the provisions in the special ruling were not new, and that they coordinated with several businesses when drawing them up.

Since the restrictions were implemented, Death of the Fox has been at the forefront of the fight to repeal the ruling, encouraging frequent patrons to urge their elected officials to do something to protect breweries.

Chuck Garrity, who owns Death of the Fox with his wife, Kat, noted the purpose of their lawsuit is to restore microbrewers' right to sell beer on their properties and to ensure accountability and transparency in government.

In the wake of opposition from business owners and state residents, a handful of bills have been introduced in the General Assembly that would repeal or amend the special ruling.

Assembly Speaker Craig Coughlin, a Democrat from Middlesex County, told the New Jersey Monitor that changing the current licensing system for breweries is not going to happen overnight, but that lawmakers are prepared to make some of the changes quickly.