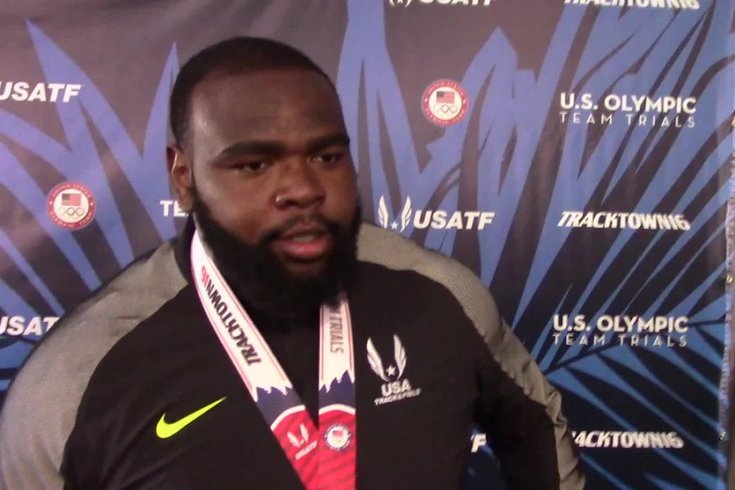 Darby, Pa. native Darrell Hill has qualified for the 2016 U.S. Olympic track & field team and will compete in the shot put event.

The kindness of strangers has set a local father off on a journey to Rio de Janeiro to watch his son compete with the 2016 U.S. Olympic Team.

The story of the Delaware County father Ellis Hill’s serendipitous fate, which was first told by NBC10, was spurred by the goodness of a single stranger, Liz Pampel Willock.

Pampel Willock reportedly learned during an Uber ride that Hill’s son, Darrell, is competing in the Track & Field shot put event – and Ellis, her Uber driver, couldn’t afford to go.

She set off on a mission to change that, according to NBC10, by setting up a GoFundMe Page and coordinating his travel logistics.

Now, the money has been raised – and then some – and according to NBC10, the proud dad is heading to Rio.

Read the full story at NBC10.