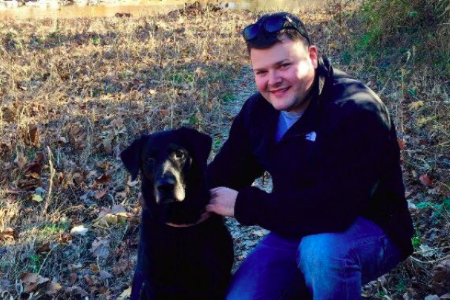 In the wake of the ambush shooting late Thursday night that left Philadelphia Police Officer Jesse Hartnett seriously wounded, the family of a former Coast Guard Shipmate close to Hartnett has created a GoFundMe page to help him along in his recovery.

Hartnett, 33, was sitting in his patrol cruiser in West Philadelphia around 11:30 p.m. Thursday night when police say 30-year-old Edward Archer, of Yeadon, ambushed him and fired 13 shots at close range. Dramatic surveillance footage of the violent attack drew international attention, stoking fear and controversy after Archer, who has been charged with attempted murder, claimed he acted out of allegiance to Islamic State.

A four-year veteran of the Philadelphia Police Department, Hartnett was struck three times in the arm before he bravely exited his vehicle, pursued the suspect and shot him three times, enabling responding officers to take Archer into custody.

In response to the shooting, Coast Guard Shipmate Mike Lukasak and his family set a fundraising goal of $15,000 to help Officer Hartnett.

We are grateful that he survived the attack, but he has been left seriously wounded. His road to recovery will be long, but he has the heart of a fighter.

Jesse will need all the help that he can get. Please help support Jesse on his road to recovery by making a donation. Donations will be used to help cover any additional expenses during his recovery.

I hope you all know how truly grateful I am for your continued support and prayers for Jesse and his family. Please keep sharing this link with your family and friends so we can reach and hopefully surpass the original goal. Thank you again for all your kind words of support and encouragement to Jesse.

To make a donation to Hartnett's recovery fund, visit the GoFundMe page here.