The 'Godmother of Soul' will be among the local guests, along with Gritty, Mayor Jim Kenney and others, on Thursday 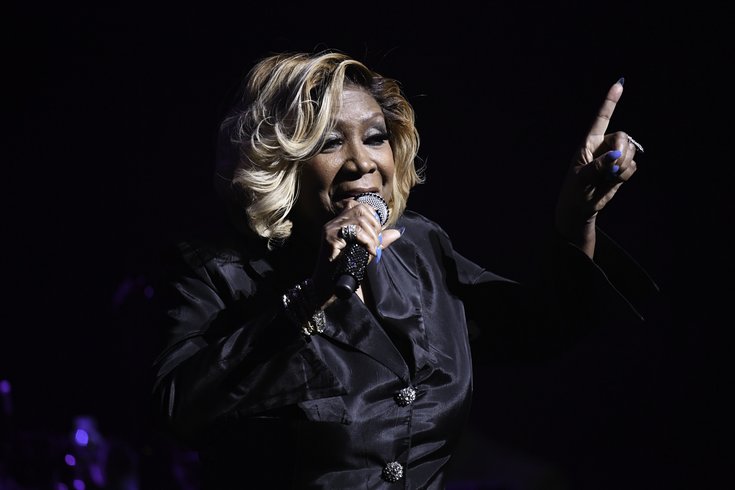 Patti LaBelle, pictured above singing at a concert in West Palm Beach, Florida in February, will perform during 'Good Morning America's' live broadcast from Eakin Oval in Philadelphia on Thursday, June 13.

Philly legend Patti LaBelle and Gritty will be among those joining "Good Morning America" hosts Robin Roberts, George Stephanopoulos and Michael Strahan during the show's live broadcast from Eakins Oval on Thursday.

The Emmy-award winning ABC morning show is hosting a special broadcast in front of the Philadelphia Museum of Art as part of its pop-up tour of U.S. cities this summer. Mayor Jim Kenney is scheduled to appear on the episode, as well as the Philadelphia Eagles cheerleaders and some local athletes.

Thursday's broadcast at Eakins Oval will begin at 7 a.m. You can request free tickets to be part of GMA'S live audience here.

LATEST: "Good Morning America" will broadcast in Philly this week; here’s how to get tickets

LaBelle, 75, who grew up in Philadelphia and now lives part-time in Wynnewood, has been consistently touring and performing for years. On July 12, she'll be in Bensalem, Pennsylvania at the Parx Casino.

During Monday's GMA broadcast, Roberts teased that Philadelphia was chosen for the location ahead of Father's Day because of an unnamed local man who will be featured.

"We decided, in part, because we learned about one very special dad who's generosity to the community there knows no limits, and we cannot wait for you to meet him," Robert said.

The festivities will begin on Wednesday at Citizens Bank Park, where the GMA co-anchors will throw the first pitch at the Phillies game.