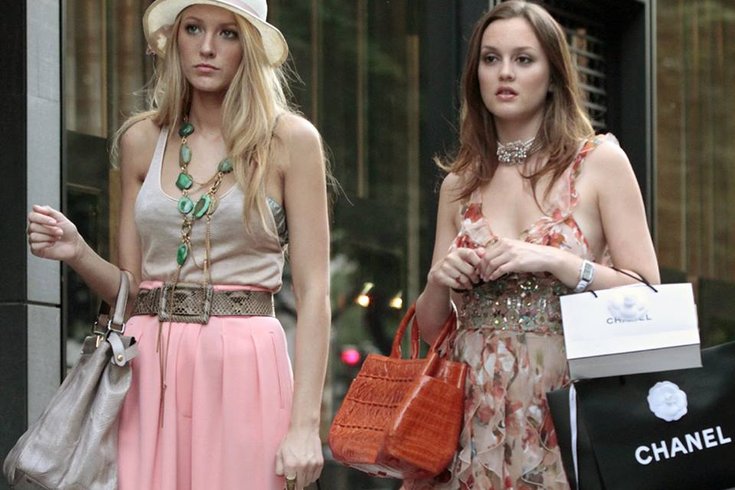 "Gossip Girl" may be coming back to TV.

"There’s a discussion, but I don’t know if we’re there yet," Pedowitz reportedly said. "I don’t know what it would be. A lot is up to Warner Bros. and [exec producers] Josh [Schwartz] and Steph[anie Savage], ’cause you don’t want to do anything without them.”

But what would a reboot even look like? Would they bring back the cast or would the show start over with a whole new set of Manhattan's elite?

Three members of the show’s cast, Blake Lively, Leighton Meester, and Penn Badgley, have all eluded to potentially going back to the show, but it's been more of a a 'never say never' response than a definite 'yes.'

A lot of fans aren’t happy about the idea of a reboot.

We don’t need a Gossip Girl reboot. If Blake and Leighton aren’t S and B, keep me pic.twitter.com/GjixUCopik

I want to run for President. My sole policy point is "We don't need a Gossip Girl reboot."

The CW has recently rebooted "Charmed" and "Roswell." Both of which have gotten mediocre reviews and reactions from fans. However, Schwartz and Savage are behind the "Dynasty" reboot, which premiered in 2017 to much success.

Despite the mixed reviews, "Charmed," along with "Dynasty," were renewed on Thursday while "Legends of Tomorrow," "The Flash," "Legacies," "Riverdale," and "Supergirl" also got renewals for the 2019-2020 season. (Roswell hasn’t been renewed as of yet, but the show just premiered on Jan. 2 of this year.)

The 2019-2020 season will also bring three spinoffs: "Batwoman," "Jane the Novella" (based on the "Jane the Virgin" series), and a “Riverdale” offshoot based off of the Archie comics for Katy Keene.

Well, whatever happens with a "Gossip Girl" reboot, we'll leave with this quote from the show: "If you go back with an uncertain heart, there will be drama and disaster for all." XOXO