Gov. Wolf replaces acting Secretary of State ahead of his final year in office

Leigh Chapman, executive director of nonprofit Deliver My Vote, will take over on Jan. 8, 2022 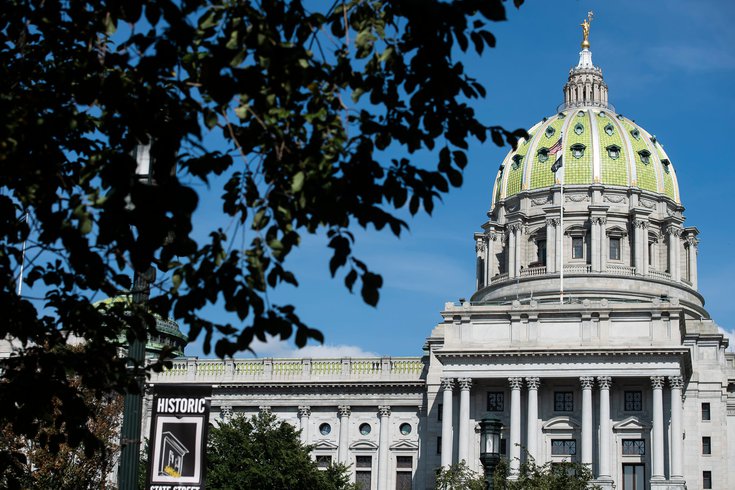 Chapman, who serves as executive director of voter participation nonprofit Deliver My Vote, will begin her tenure on January 8, according to a statement released Monday.

"As we move into a new year and new election cycle, I have full confidence that Leigh M. Chapman will continue the Department's efforts to lead Pennsylvania through a smooth election process and ensure that Pennsylvania voters continue to experience free and fair elections, among many responsibilities," Gov. Wolf said.

The nonprofit provides resources for voters to increase their knowledge of the election process and determine for themselves whether voting in-person or by mail is the best method for them.

Though Chapman currently leads Deliver My Vote, she previously served the Pennsylvania Department of State from 2015-2017 as a policy director, where she worked to implement electronic voter registration across the state.

"Throughout my career I have worked to ensure that voting rights are protected, and to improve access to the ballot box," Chapman said. "I took forward to continuing that work in my new role, and to build on the tremendously successful election reforms in Pennsylvania over the last several years."

Chapman will replace Acting Secretary of State Veronica Degraffenreid, who has served the State Department since being appointed following the abrupt resignation of former leader Kathy Bookvar in February. Degraffenreid will spend the remainder of Gov. Wolf's term as one of his special advisors.

"Acting Secretary Degraffenreid has served with distinction over the past year, administering two smooth elections and spearheading the modernization of key IT infrastructure," Gov. Wolf said.

Since beginning her time as Special Advisor on Election Modernization, she has led efforts to enhance voting technology and ensure smooth elections.

Degraffenreid's confirmation and work as Acting Secretary of the Commonwealth drew criticism from Pennsylvania Republicans this year as they doubled down in their investigation into election fraud in the 2020 election.

Around 8,000 ballots were cast in Fulton County during the 2020 election, which were overwhelmingly in support of former President Donald Trump, whose claims of voter fraud are the foundation of the Pennsylvania Republican-led investigation.

In September, Gov. Wolf came to Degraffenreid's defense after Pennsylvania GOP leader Jake Corman accused her of "hiding something" during a broadcast of Steve Bannon's radio show. The governor called Corman's accusations "desperate and utterly baseless."

This marks another change to Pennsylvania's government landscape, following the resignation of former Acting Health Secretary Alison Beam, who announced earlier in December that she would step down from her position to spend more time with her family.