Is the red-hot U.S. housing market cooling off? 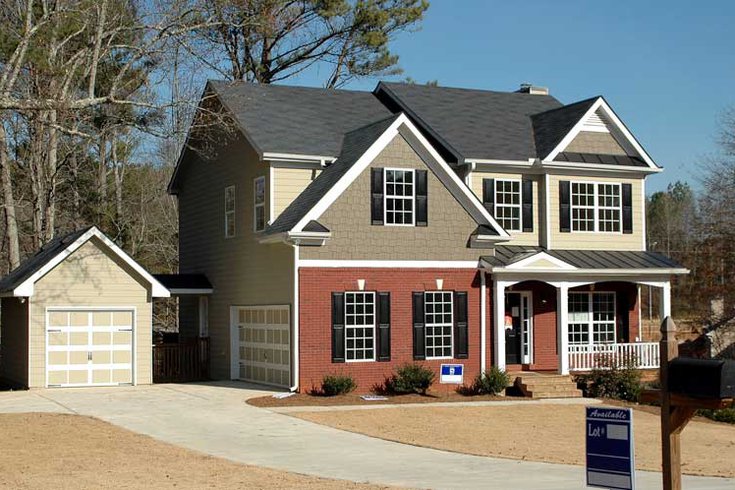 Any assessment of the U.S. housing market over the past year and change would be remiss to leave out the unique circumstances created by the coronavirus pandemic. Soaring prices, voracious demand and sustained low interest rates have not been such powerful market forces in a vacuum. They reflect the period we’ve been living through, one that turbocharged an environment marked by high demand and low inventory of existing single-family homes.

New home sales fell 6.6% in the U.S. in June, according to the U.S. Census Bureau, with a median price of $361,800. The number of new homes sold last month was below the amount forecasted, yet prices still remained higher than the pre-pandemic period.

“As we lap the one-year mark of housing’s post-pandemic recovery, new home sales activity remains at a high level,” said Danielle Hale, chief economist at Realtor.com. “The momentum is generally steadying at a pace that’s roughly on par with pre-pandemic rates, but lower than during the 2020 fall frenzy. Nevertheless, new home prices remain high, with the median new home sales price up 6% from this time last year.”

With new homes still at such high prices and existing-homes subject to fierce competition that drives up their value, home buyers who haven’t already landed a place may not be prepared to overpay as readily as some did last year and in the first half of 2021.

Rapid price growth in homes can only continue for so long before demand weakens, even if only slightly. When the supply of homes is low to begin with, high prices mean that buyers may be less willing to spend more on properties that don’t perfectly meet their needs, or which require forgoing inspections and visits just to ensure they can get a deal done.

Housing market researchers appear to be noticing this as 2021 progresses, and their estimates for next year are much tamer as a result.

Freddie Mac’s housing market forecast for 2022 anticipates slower growth in home prices next year. Whereas U.S. home prices are expected to have risen by an average of 12.1% in 2021 by year’s end, next year Freddie Mac forecasts prices rising by 5.3%.

The Home Buying Institute sees this as a return to normalcy, not a crash:

"In a sense, this kind of slowdown would represent a return to normalcy. If you look at U.S. home price trends over the past few decades, you’ll see that they tend to rise somewhere between 3% and 5% annually. The strong double-digit gains we’ve seen over the past year represent an anomaly driven by an overheated housing market. Such rapid home-price growth is generally unsustainable over the long term, as it prices many buyers out of the market."

Even in specific markets, some real estate agents are reporting slower activity on homes. In New York, Real estate agent Craig Winters of Keller Williams Points North told Fox 5 that the competition for homes has leveled off a bit.

“We were seeing a lot more houses with 20-plus offers and yes with some over 70,” Winters said. “Still plenty of offers but 10 or so to the teens. Some may be a little less. I think people are starting to get tired waiting in lines, bidding very high on houses, and not having an offer accepted.”

In Florida, where the housing market has been among the hottest in the U.S., the Palm Coast Observer reports there are similar signs of a correction. It’s not that there’s a precipitous drop in activity. It’s that last year’s growth and pace were so strong that there’s been a return to more historical patterns:

Florida Realtors Chief Economist Dr. Brad O’Connor pointed out that recent data trends indicate the ratio of buyers to sellers may finally be easing a bit. As a result, “Florida’s red-hot rate of home price growth” could begin to cool down somewhat in the coming months, although that will also depend on whether interest rates start to trend higher again, as well. For now, though, the numbers continue to astound,” he said.

There are a number of pandemic factors that help explain what appears to be happening. Moody’s Analytics chief economist Mark Zandi wrote this week for CNN that “stress lines” are beginning to show in the overvalued U.S. housing market. This may dampen home buyers’ appetite for high prices. And perhaps the biggest shoe waiting to drop is what the Federal Reserve decides to do about historically low interest rates:

“Overvalued housing markets are vulnerable to a meaningful price correction as mortgage rates eventually rise. And they will. The Federal Reserve thinks the economy is set to quickly return to full health and is signaling that it will thus soon begin to normalize interest rates. Moreover, work from anywhere, while likely a fundamental change in the way we live and work, is also sure to partially unwind as companies ask their employees to come back into the office. And the foreclosure moratorium and mortgage and student loan forbearances are set to expire in coming weeks.”

The important point Zandi notes is that the U.S. housing market can’t accurately be described as in a bubble at the moment. It’s not the same set of circumstances that led up to the 2008 financial crisis, though it’s fair to have concerns. There isn’t as much speculation and house-flipping this time around, and prior to the pandemic, the market growth had been on more of a steady trajectory.

What the current indicators suggest is that the housing market is poised to come back down to earth a bit. And in doing so, some of the pressures on supply and demand may set a course that’s more sustainable than the ride the market took over the course of the pandemic.