It's a street, not a highway, PAC says 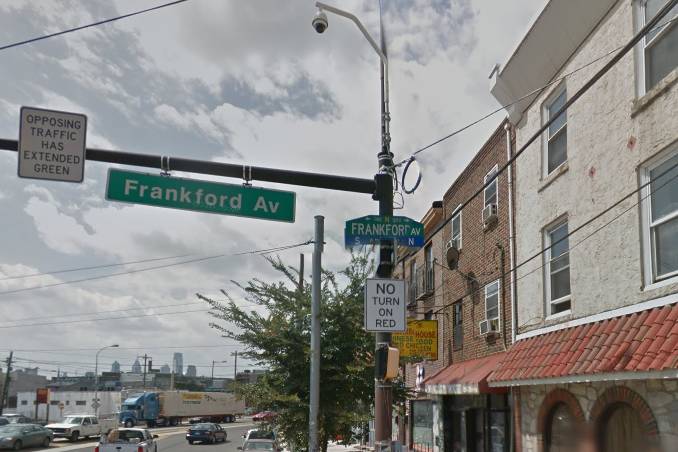 The sign for Frankford Avenue at the intersection of Girard Avenue.

A group dedicated to improving Philadelphia's infrastructure and public spaces is asking PennDOT to make a main Fishtown thoroughfare safer for pedestrians.

In an online petition, 5th Square, a political action committee, says the coming implementation of a crosswalk and a four-way stop sign around Shackamaxon and Thompson streets is a huge win for the community.

The new digs at that intersection come as a result of work by the Fishtown Neighbors Association Safety Committee, which worked with City Council members Darrell Clarke and Helen Gym to improve safety conditions around the busy business corridor. A firm date for the completion of the crosswalk and stop signs has not yet been announced.

Yet there's still much to be done on the avenue, the group says. Mainly, the road needs to be reimagined: "Frankford Avenue is a neighborhood street, not a state highway," the group writes.

This is a vibrant street lined with restaurants, coffee shops, a post office, a public park, and many people’s homes. It's long past time to redesign the Avenue so it puts River Wards neighbors first, instead of those driving through on their way to someplace else.

Last year, in a PlanPhilly column, Fishtown native Conrad Brenner (aka Streets Dept) explained the dilemma present on Frankford Avenue, specifically on the stretch from Girard Avenue down to Palmer Street:

It’s still treated (and used) as a mini-highway connecting Center City to the Riverward neighborhoods. For over a half-mile, 7 blocks in total, there are no crosswalks that make it possible to safely – or legally – traverse busy Frankford Avenue.

5th Square calls for more safe pedestrian crossings and "traffic-calming measures" as solutions. The PAC is asking for signatures (the petition had 243 as of Tuesday morning), donations to promote the petition on Facebook and for supporters to use the hashtag #streetnothighway on social media.

This story has been revised to clarify that the coming four-way stop sign and crosswalk on Frankford Avenue around Shackamaxon and Thompson streets have yet to be implemented and were achieved through the work of the Fishtown Neighbors Association Safety Committee.