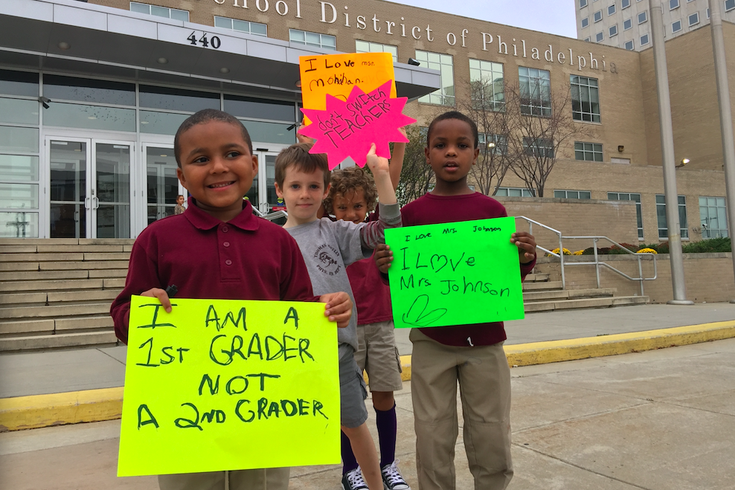 A group of students from Thomas Mifflin School protested outside the School District headquarters on North Broad Street, Friday, October 21, 2016.

Just weeks after the Thomas Mifflin School’s support network held a “walk-in” event to rally everyone against a plan to merge classrooms in lieu of hiring a new teacher, students and parents staged a “walk-out” protest to take their case directly to school district headquarters on Friday.

There, they learned that they’d get what they wanted.

Tammy Murphy, a parent and lead for the Friends of Mifflin group, said the news came just one week after an assistant superintendent hung up the phone on her after saying their request was at the bottom of the list. He also made sure to mention that “he took care of other schools and he was done” with the teacher-allocation process.

While Friday’s exchanges were more pleasant than that apparent conversation, there were some hiccups along the way.

After students got to classes around 8:30 a.m., several parents led their children out of the school for the 15-minute drive over to North Broad.

Once outside, the elementary-school aged students hoisted handwritten signs and chanted, “We want a teacher, not something cheaper.”

Said Darnetta Cheatom – related to three students at Mifflin – as the group got organized outside, “They’re overcrowding our kids. It’s a simple fix. They could do it.”

“This is a school that the district should be involved in helping. There’s great leadership, a great staff,” he said. “It’d be a small adjustment to the budget to make a huge difference to a certain group of students.”

Security stood on the steps, initially telling the group they couldn’t enter the building. That edict disappeared in short order, and the group was led inside, where they met up with Cheryl Logan, the district’s chief academic support officer. 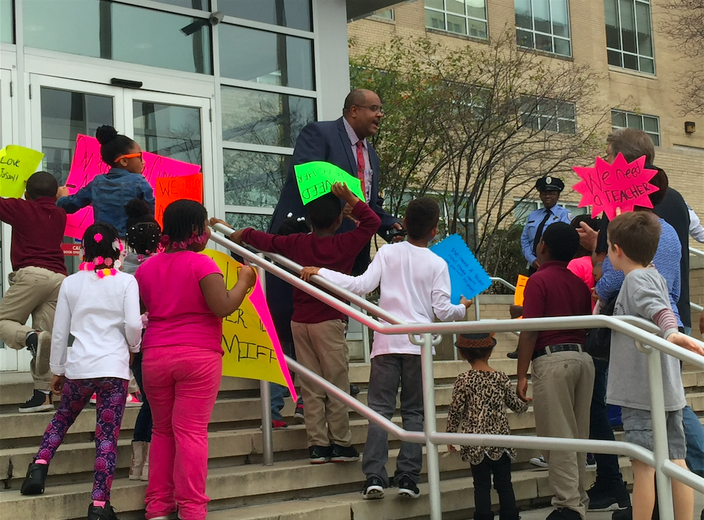 Students from Thomas Mifflin School in East Falls staged a walk-out protest on Friday, October 21, 2016 to oppose a plan that would have seen first- and second-graders merged into a single classroom.

Initially, she wanted the children to remain out in the lobby while the adults met privately, but the parents weren’t having it, though they did abide by a request to put the signs away while inside the building.

The whole group was soon led to a room where the students could sit by themselves off to the side as parents huddled nearby. (It bears mention that district officials “respectfully” asked this reporter to leave the room as well because "the meeting wasn't a press conference.")

Logan said she received an email around 4:30 a.m. about the issue, which boils down to a higher-than-expected student population this school year. Short of bringing a new teacher in, one would be reassigned from 1st or 2nd grade to help with the 3rd graders; those classes would have been merged.

That objectionable scenario was averted when Logan told parents that she signed off on the additional teacher for Mifflin.

“The recommendation will be implemented this afternoon,” she told the group. “I was a principal for 13 years, and I’ve had to collapse classes.

"The issue of a specific split class situation has been raised at the school and we have been working with the Assistant Superintendent, the Principal and other staff focused on academics to find a resolution that worked," he wrote. "While there are cases where having split grade classes in 1st and 2nd grade is an appropriate educational strategy, based on our evaluation we have decided to add a teacher at Mifflin.

"It should be noted that this decision to utilize resources in this way does limit our ability to make additional financial adjustments as other issues arise throughout the school year." 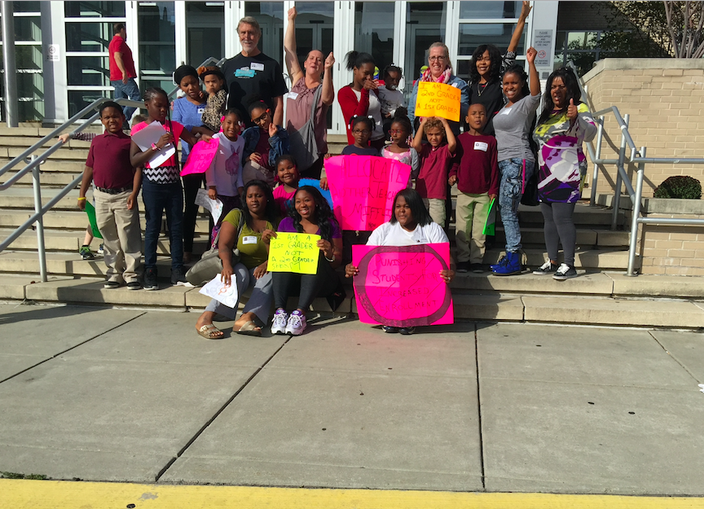 A group of parents and students from Thomas Mifflin School in East Falls celebrate after learning that the school district had approved an additional teacher to be hired.

Walking out of the building, Cheatom noted that, “It’s great if it’s true. We hope it works. This is all we wanted all this time.”

For her part, Murphy was happy with the victory as well. When the group made its way back to Mifflin around 11 a.m., the halls burst with cheers when they shared the news (but the uproar was quickly contained as Principal Leslie Mason settled everybody down.)

Murphy said the principal had already received an email alerting her of the district’s decision and will get to work filling the position posthaste.

“The squeaky wheel gets the grease,” she said. “We’re happy about it, but now we have to get to work standing with other schools where the same thing is happening.”