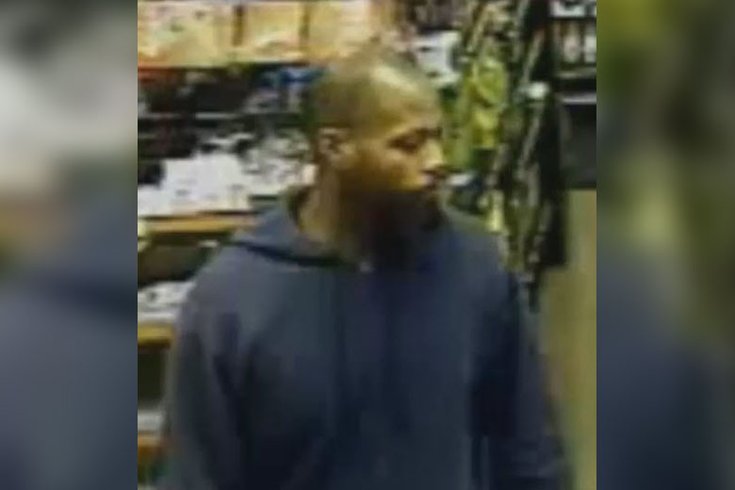 Police are looking to identify and locate the suspect wanted in connection with robberies in Haddington and Walnut Hill.

Police are seeking the public's assistance in finding a suspect wanted in connection with robberies in Haddington and Walnut Hill over the weekend.

The first incident occurred at 8:19 p.m. Saturday at a Chinese food store on the 300 block of N. 52nd St. in Haddington.

According to police, an unknown black male suspect approached a 26-year-old man who was exiting the store and struck him in the face with a handgun. He took the victim’s wallet, which contained $400 and a paycheck, before fleeing south on 52nd Street, officials say.

The second incident occurred several hours later at the Sunoco Mini-Mart store at 4601 Walnut St. According to police, an unknown black male suspect followed a 26-year-old man as he was exiting the store at 1:50 a.m. on Sunday.

The suspect asked the man for a cigarette. Police say when the victim pulled out the pack of cigarettes, the suspect pulled a handgun from his waist area and said, "Give me everything in your pockets before I shoot you."

According to officials, after the man gave the suspect $80, the suspect demanded his cellphone and cigarettes and threatened to hit him over the head with the handgun. The victim refused, and the suspect fled down Walnut Street toward 47th Street.

Police describe the suspect as a bald black male, 27-28 years old, around 6 feet tall, 195 pounds, with a beard and mustache. He was last seen wearing a blue hooded sweatshirt, blue jeans and was armed with a handgun.

A second unknown black male was in the company of the suspect during the second incident and is a person of interest in the investigation, police say.