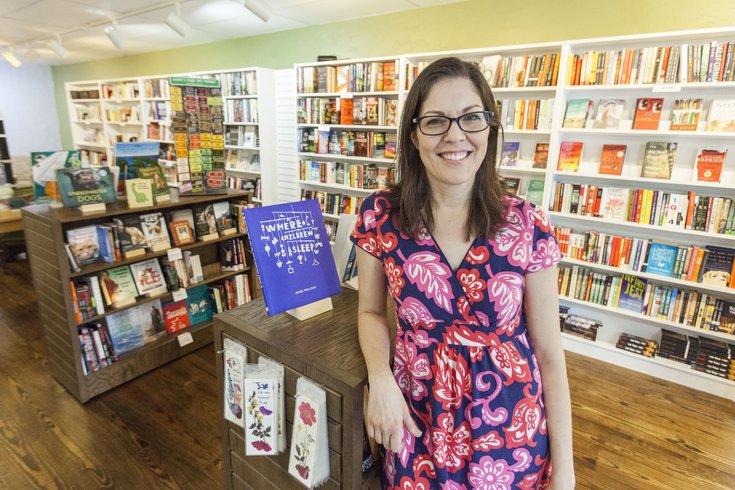 Vinyl records are back — in a big way. So are black and white images, some even captured on film. Shopping local, especially in renewed downtowns that invite bike and foot traffic, is now a thing, not just a wistful slogan.

And that dodo bird product, written off as heading to extinction a few years ago, the printed book?

Not big time, but undeniably back, at least in a specific niche: independent bookstores.

The resurgence of print is not a trend everywhere, though. Print sales still show declines at chain stores and online-only retailers.

Print’s renewed growth is anchored at independent book stores, many of them representing a renewed link in the community life of a healthy downtown — like Haddonfield, where the newest full-service bookstore in the Philadelphia region, Inkwood, at 31 Kings Highway East, opened in late June.

Owner Julie Beddingfield is a lawyer by training. As a result, she likes researching, so she knew about the trend before she jettisoned her old life, trading legal torts for literary retorts in her role as an indie bookseller.

“You think I’m crazy? I did my due diligence,” she says, assuring me she is not cuckoo despite shelving a successful legal career to instead peddle books from a brick-and-mortar store. 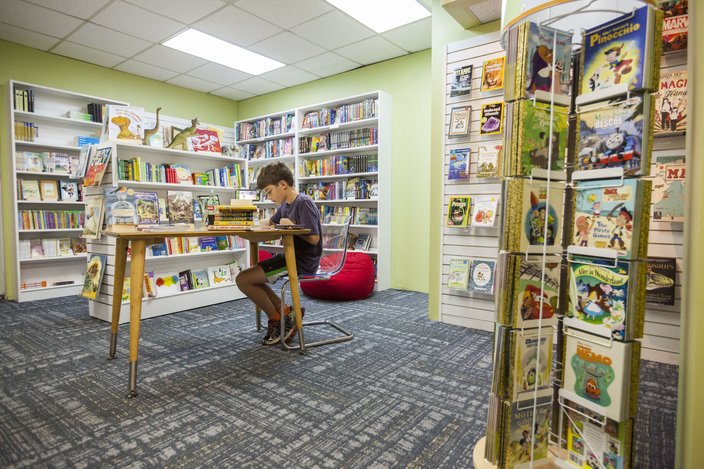 Another Haddonfield bookstore, which dealt primarily in used books, closed not long ago, putting in motion her plans for a career hop. Beddingfield’s research began by consulting with her sister, who owns a companion Inkwood bookstore in Tampa, their childhood hometown. The original Inkwoods was a long-established store when her sister bought it fewer than two years ago. Having her sister leading the way lessened the learning curve.

“I like data. I looked at a lot. I figured out what I needed to make and what I had to sell,” to do that, she explains.

Here is some of the data: For the sixth year in a row, independent bookstore numbers are up — now above 2,200 — at the American Booksellers Association, a trade group for indie sellers, according to spokesman Dan Cullen.

Sales of physical books are up, too, at indie sellers, a trend that began in 2012 and continues. Sales are up again this year, with 25 out of 27 weeks showing increased sales over last year, adds Cullen.

A former environmental lawyer at a Philly firm, Beddingfield isn’t really working less, she is simply enjoying it more. It’s “a rough career for a lawyer with kids,” she says.

Her work now is just a half mile from the home in a community where she, her husband and two boys have lived for nine years. Customers tend to be friends, neighbors and folks she knows from her volunteer work with the borough’s environmental commission, and a sustainability project she created and leads.

But there are serendipitous walk-ins, too, like Terry Fox, a West Deptford resident, who stopped in at lunch hour while walking the downtown and stocked up for beach reading.

The downtown is a friendly environment for walkers and bikers. Beddingfield’s boys come and go to the shop on their bikes, helping to unpack and shelve orders.

They also act as couriers, already dropping of more than 15 books to customers in 08033, one of the more affluent — median homes are more than half a million dollars —and better-educated — nearly a quarter of the adult populations holds an advanced degree — zip codes in the region.

Like other downtown sellers who know potential buyers can easily choose another source, Beddingfield emphasizes service, such as the book deliveries.

“The challenge is matching a book to a person. That’s a steep learning curve, but fun, especially introducing them to something they haven’t already seen," she says.

Relying on fellow merchants and the "buy local" mantra that is a part of the sustainability movement, Beddingfield opened by using goods from other downtown retailers.

“I can’t open the door and think that money is going to pour in. I try and work in partnerships. I cultivate them. We’re a small community of independent businesses,” she says. 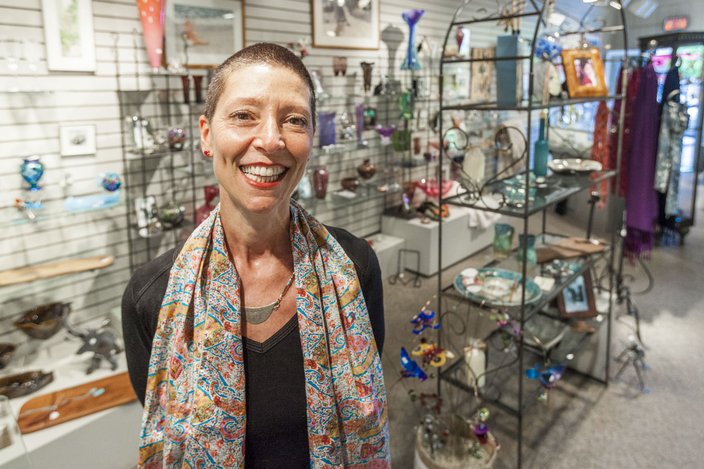 Roxie Marroni, an employee at By Hand Fine Craft Gallery in Haddonfield, which has been in the downtown for decades. (Thom Carroll / PhillyVoice)

A few blocks away from Inkwood at 142 Kings Highway East, Deena Gersh, the owner for 20 years of By Hand Craft Gallery — the store began 38 years ago — is “thrilled” to have a knowledgeable bookseller in town.

“There’s lots going on here in Haddonfield. I wanted that,” Gersh says of her own decision to buy a downtown business.

Much as Beddingfield tries to stand out by making reading suggestions, Gersh says the key to success in a downtown is building repeat business, making personal connections to the artists who create the American fine crafts and jewelry she sells, and understanding the tastes and wants of customers.

“Our customers come in with a dress they want to wear to an event and they try on our necklaces with the dresses and ask what we think. Or they say they need help finding a gift for someone who has everything.

“I have pictures of many of the artists and know them personally. I can say something about them. That makes a connection,” says Gersh.

Indeed, making a connection works: Look for me at 7 p.m. July 30 at Inkwood’s first book club meeting, holding a copy of a book I would never have picked up otherwise, “A Man Called Ove,” a sad — yet sweet — off-beat love story.